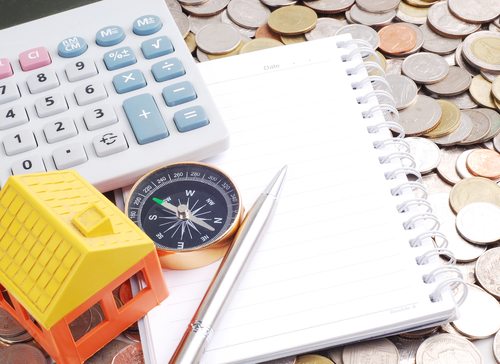 An old-fashioned housing market bounce will drive Britain back to economic health, one of the country’s leading forecasters has predicted.

Describing the Government’s controversial Help to Buy subsidised mortgage scheme as “well-timed and targeted”, the EY ITEM Club said there was little risk of a housing bubble and that recovering prices would boost spending and drive GDP growth.

Increasing prices will encourage builders to step up construction rates while an expected surge in transactions will boost spending on conveyancing and household goods as families kit out their new homes, reports The Telegraph.

The analysis, coming hot on the heels of the International Monetary Fund’s upgrade of its prospects for the UK economy, will be welcomed by the Chancellor. Last Tuesday, the IMF, at the start of its autumn meeting in Washington, said the UK would grow by 1.4pc this year.

However, ITEM warned that the Chancellor’s original plans to reshape the economy had been all but abandoned. “Hopes that the UK would rebalance its economy towards exports and business investment have been dashed yet again,” the forecaster said in its quarterly report.

“The UK’s short-term growth will continue to be fuelled by the consumer. The recovery of the housing market, combined with falling unemployment, rising real incomes and improving confidence levels, will help to keep the tills ringing on the high street.”

ITEM has predicted a 3.5pc rise in house prices this year, 6.6pc in 2014 and 6.7pc in 2015. Those rises will “support consumer spending through confidence and wealth effects”, it said.

At the same time, housing transactions are expected to rise 11.9pc this year to “well over a million”, which will have an impact on “sales of white goods and furniture” as families furnish their homes.

While consumer spending will drive the recovery, real disposable incomes this year are forecast to rise by just 0.2pc. As a result, households will save less.

Peter Spencer, the chief economic adviser to ITEM, was sanguine about the housing recovery and claimed the drop in the savings rate was not a great concern.

“Despite the recent criticism of [Help to Buy], the chances of seeing another housing market bubble are extremely slim,” he said. “Household finances are also in much better shape, with debt to income ratios now at sustainable levels.”

Critics of the £12bn Help to Buy mortgage guarantee scheme warn that it will stoke a dangerous housing bubble by giving buyers with deposits of just 5pc a chance to get on the property ladder.

ITEM said the lack of high loan-to-value mortgage finances had cut a swathe of first-time buyers out of the market, and that the scheme would help fix the problem.
“Buy to let and other cash-rich buyers have had the market to themselves until this year, but Help to Buy will help level the playing field for first-time buyers and low equity households,” ITEM said.

Seven banks have signed up for Help to Buy, including Barclays, Royal Bank of Scotland, Lloyds Banking Group, Santander and HSBC.

A more durable recovery is expected next year, when business investment and trade start to make a larger contribution. Mr Spencer said he expected exports and investment to “gradually perk up” on the back of improving business confidence now the worst of the euro crisis is past.

With the recovery gathering speed, ITEM expects a first rise in interest rates “late in 2015”. Its support for the UK’s growth trajectory reinforces the analysis by the IMF, which also downgraded expectations for global growth to 2.9pc this year, a cut of 0.3pc.