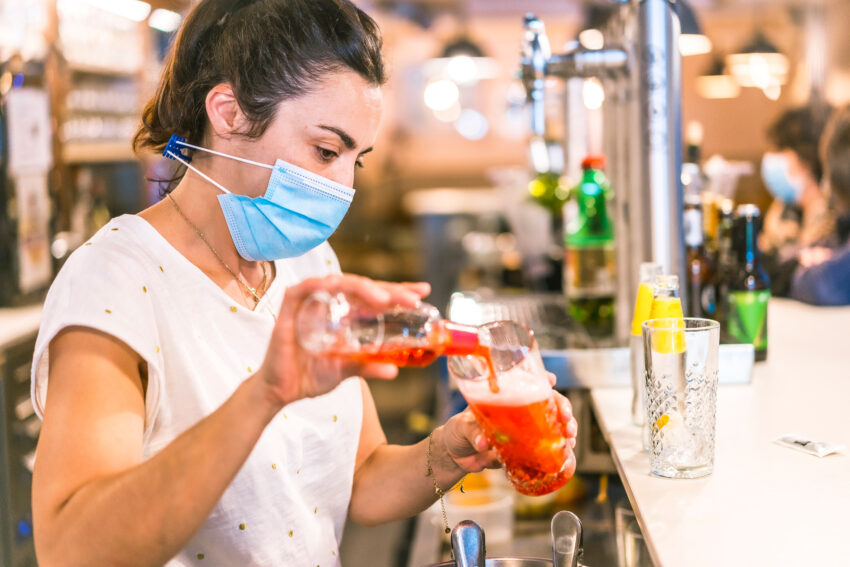 Industry bodies have reacted with dismay at the government’s plan for firms to apply for staff to be exempt from coronavirus self-isolation rules.

The government has said there will be no list of critical workers exempt from isolating rules and exemptions will be “considered on a case-by-case basis”.

The food supply industry called for clarity on how the scheme would work.

The new policy comes after Prime Minister Boris Johnson announced on Monday that fully-vaccinated people in critical roles in England would be able to continue working even if told to self-isolate after being in close contact with someone who has Covid. The new rule is limited to those without Covid symptoms.

Individual businesses will have to contact their relevant government department to apply for any exemption.

Those deemed eligible, which includes NHS and care staff, will be able to take daily tests instead.

Downing Street said that the first exemptions around self-isolation have been given in some critical sectors.

The number of exceptions outside of the NHS is expected to be relatively small, and not reach the high tens of thousands.

There are ongoing discussions with companies in critical industries.

The prime minister’s official spokesman said: “A number of those exemptions are in process of being granted or have been granted.”

Firms have warned of increasing staff shortages caused by people being forced to self-isolate by the NHS Covid app. Iceland and Greene King said on Monday they had had to shut shops and pubs as a result.

Business lobby group the CBI has warned that the problem could hamper the economic recovery.

Rod McKenzie, of the Road Haulage Association, said the plan felt like it had been “thought up on the hoof without proper organisation or thought”.

“Truckers were classed as essential workers at the start of the pandemic; now they may be or may not be,” he said.

“It’s too confusing. The criteria isn’t clear and it risks being both unfair and devastating to an already creaking supply chain.”

Ms Dee, of the airport operators association, said the government “must reconsider and exempt categories of workers”, such as airport security staff and air traffic controllers from the requirement to self-isolate.

“As 24-hour operations, we need clear rules that are workable and easy to implement or there is a risk of unnecessary temporary closures,” she said.

“Applying for each individual for an exemption from self-quarantine if they are ‘pinged’ is simply unworkable.”

Shane Brennan, chief executive of the Cold Chain Federation, said: “What is the application process for businesses to use this? Who will qualify? Do you have to prove you are severely affected? How long will it take?

“If it’s not simple and quick, it will not help and most businesses will have to ignore it.

He said the number of people absent in the food sector due to isolation requests was “growing exponentially across the food supply chain”.

The government has said it is “crucial” for people to quarantine after being “pinged” by the NHS Covid-19 app.

Its message comes after business minister Paul Scully said it was a decision for individuals and employers whether they should isolate after a “ping” from the app.

The Times reported that another minister in the business department, Lord Grimstone of Boscobel, stressed in a letter to one large employer that the app was only an “advisory tool” and that people were not under any “legal duty”.

‘Not a blanket exemption’

The prime minister’s official spokesman said “business-critical areas” would be able to apply to be exempt from isolating.

“It’s not a blanket exemption and my understanding is we’re not going to be producing a list covering individual sectors,” he said.

“It’s important that anyone who feels they’re in a critical industry or wants to raise potential issues because of isolation are able to contact departments and get advice and where necessary get exemptions.”

Asked specifically about supermarket workers, the spokesman said: “We’re not seeking to draw lines specifically around who or who is not exempt.