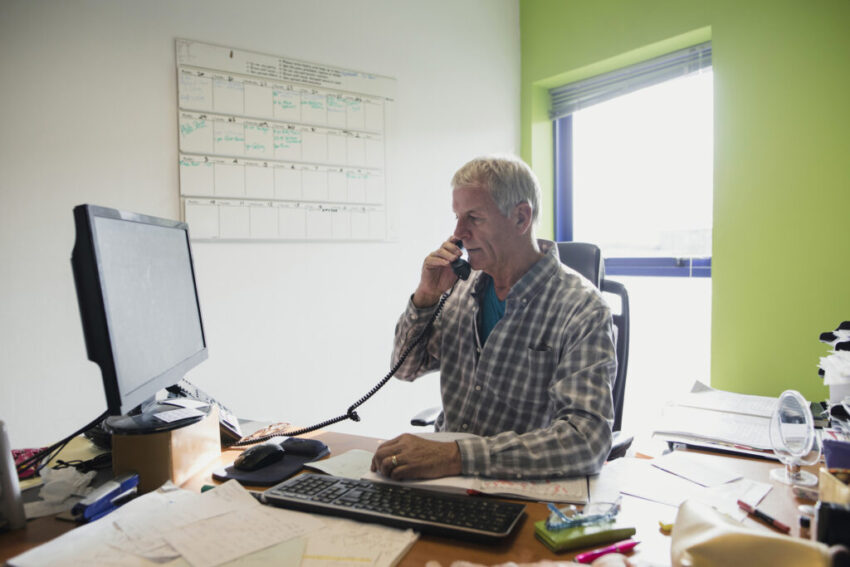 Millions of Britons are at risk of invalidating their home insurance if they choose to continue working from home after 1 August, when the UK government will further ease lockdown rules to encourage people to return to the office.

Some 26 per cent of people plan to continue working from home on a permanent or semi-permanent basis as the coronavirus lockdown lifts, but seven in 10 are unaware they may need to inform their insurance provider of their change in circumstance, research has found.

This amounts to 9.7 million people whose home insurance may be affected after 1 August.

In addition, over half of customers are confused about how working from home could impact their policy, with 43 per cent claiming they received no communication from their insurer and a further eight per cent saying information they received was unclear.

The research by personal finance comparison website, Finder.com, highlighted that baby boomers and generation X were more likely to be at risk as a result of the lack of communication from insurers.

Early in the lockdown, the Association of British Insurers (ABI) made a pledge that customers would not need to inform their insurer if they work from home while government advice is to do so. But this pledge may no longer apply after 1 August and could have a serious impact on people’s home cover, warned the report.

According to ABI, the pledge will be reviewed on 1 September, but until then, home insurance “will not be affected regardless of the government’s advice to return to work”. However, the association is advising people to inform their insurer if they are able to return to work, but are choosing to work from home more often.

“If you will be receiving visitors to your home on business matters, you should check with your insurer,” it added. “Business equipment used is likely not to be covered. However, in most cases the employer would be liable for ensuring their equipment is insured away from the office.”

“More people are planning to work from home, whether it’s because going into the office is unsafe or they’re freelancing from home because the job market is a bit tight at the moment – working from home was a trend that was already growing before lockdown happened, and we think it is only going to get bigger,” he said.

“What insurers are arguing is that it will change your risks because you might spill more tea on your laptop, but we’re not sure that it will. In the High Court [this week], lots of small business customers are taking the big insurers to court, so in general they’re not showing a lot of flexibility.

“It is advisable that if you have a big change in circumstances, contact your insurer to let them know and ask if it affects your policy. Even if they don’t acknowledge it, if something comes up, you can show them the communication and say you did inform them.”

The Financial Conduct Authority took Europe’s largest insurers to court on Monday to establish whether they should pay out claims related to the pandemic and to dispute attempts by the industry to portray the shutdown of companies during lockdown as a voluntary decision.

A spokesperson for the Direct Line Group, which also owns Churchill and Privilege, said: “Customers are covered under their home insurance policy to work from home, as long as their work is of a clerical nature, such as using a phone or laptop. Customers do not need to notify us of this change in working pattern.

“However, if individuals are working from home and are doing a role that isn’t clerical in nature, or indeed are likely to have an increased number of visitors to their home on business matters, they should call us to see if cover is available and to make any necessary changes to their policy.”

The emphasis on differentiating clerical work from other types of work done at home is in line with Finder’s research, which noted a 57 per cent leap in claims for accidental damage to glass and claims for flat-screen televisions also rose by 22 per cent.

Calculating risk reflected in this change in consumer behaviour may be a challenge for the industry.

“There have been some interesting changes in behaviour and we’ve noticed the types of claims we have gotten during lockdown have changed a lot – the top one being ‘I’ve spilt tea on my laptop’,” said Williams.

“Claims caused by children running around, damaging electronics or gear have also risen. If you are doing clerical work, mainly desk work on a computer, then your home insurance usually covers that. But if you run a business out of your home that is public-facing, or started a small gig selling things online, your stock won’t be covered and you’d have to get a specialist policy.

“Another grey area that has emerged is if your work-from-home kit belongs to your employer and not you, it is probably not covered by your home insurance. You should go back to your employer and ask about it, as they should be covering those things at their own risk,” he advised.

A spokesperson for Aviva, who also said customers would not need to inform them about their working situations after 1 August, added: “To help customers and businesses since lockdown began, we also treat home office equipment as ‘contents’ and would pay up to the contents sum insured for any valid claim. All other policy conditions/terms remain unchanged.”

But the price of premiums may increase as insurers worry about the various risks that will crop up when people stay at home more often. Although burglaries have decreased – the crime rate across the UK fell by 21 per cent at the height of the lockdown in April – any change in circumstance makes insurers “anxious”.

“All home insurance was completely set to go up anyway because of the floods in February,” said Williams, referring to the severe winter flooding caused by Storm Ciara that devastated large swathes of Yorkshire and the Midlands earlier this year.

“Now, prices will be driven up because insurers will be worried about the risk of having people at home. Whenever there’s change, insurers get anxious and will put prices up to protect themselves.

“I suspect in the next six to 12 months, policy prices will go up. Insurance prices in general have been low for 10 years or so, so there’s not much room for them to go down. When people get their renewal premiums, they will likely see an increase pretty much straightaway.”