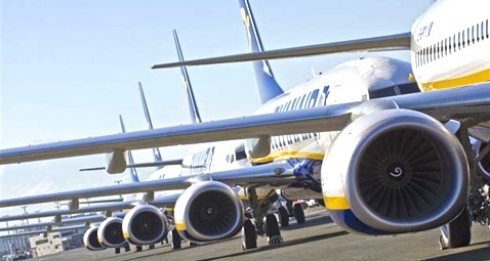 Many premium customers have had to downgrade to avoid blowing their travel budgets, so the need to hang on to the remaining first class and business class customers is more acute than ever; at the same time, people are commonly staying at home rather than flying abroad for holidays, so airline operators are competing for fewer standard class customers with less money to spend on travel.

The struggle for superiority revolves around two key service benchmarks: on-time arrivals and customer comfort. And as there are only a couple of aircraft manufacturers in the world, the onus is on operators to find different ways of marking themselves out as the most comfortable and well-appointed in the market.

Just as the quality of the changing rooms and exercise equipment is paramount in my chain of health clubs, so airline operators are all desperate to offer the best seats. That has been reflected in Virgin Airlines’ fight to protect the disputed exclusivity of its Herringbone design seat for its upper class passengers; Virgin has spent tens of millions on the novel design, which saves space and maximises the number of seats, but it has since been copied by rivals.

Recently, Virgin’s patent application was upheld by the Court of Appeal and, in the meantime, the operator is pursuing legal action against other operators who brought in the seats. This could be disastrous news for those other operators, who face the prospect of stripping their planes of seats and spending time and money on refitting. But it does demonstrate perfectly the lengths to which operators are prepared to go in to in order to compete.

The jockeying for position among rival airline companies will benefit consumers, who can expect to receive a better service at a fairer price, but ironically the running of airports themselves is lagging way behind. BAA owns all main airports in the South East of England and has enjoyed a monopoly on the market, but this week Heathrow Airport was voted the “worst airport in the world” for the second consecutive year, in a survey conducted by the airport lounge service, Priority Pass.

Competition is what’s needed to make the running of airports as slick as that of airline operators. Thankfully, there is change afoot. BAA’s predominant market share of airports in the South East is about to be broken up, as the company has agreed to sell Gatwick Airport – which I personally think is the worst airport in the UK. If the deal goes through as expected, it will help a move towards the airline company model, with increased competition and incentives to improve facilities and services.