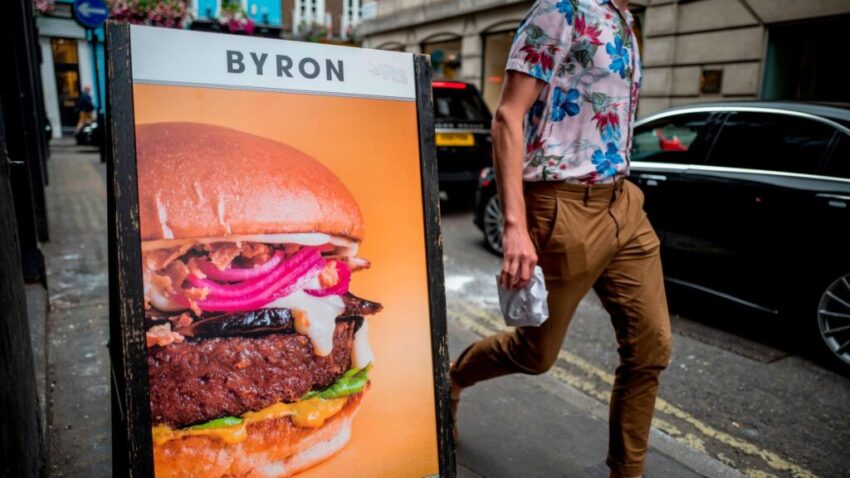 More than half of the workforce at Byron, the upmarket burger chain, have joined the army of hospitality industry employees being made redundant because of the COVID-19 crisis.

Only 20 of Byron’s 51 restaurants will transfer to its new owner, Calveton UK – with just 550 of its 1,200 employees being retained.

The deal, which completed through a pre-pack administration process on Friday afternoon, will be the latest example of the carnage being wreaked across Britain’s restaurant sector.

Sources said that Calveton, whose principals have experience as investors in chains including Caffe Nero, would own a majority of Byron’s new parent company, with existing investors Three Hills Capital Partners holding a minority stake.

KPMG, the administrator to Byron, had been on standby for several weeks after being appointed to find a buyer for the business.

Like other hospitality businesses, Byron struggled to access financial support under the Treasury’s emergency loan schemes, and has been hit by the confusion over reopening guidelines, the prospect of a second wave of the coronavirus pandemic and the restraints imposed by social distancing.

In recent weeks, companies including Casual Dining Group, the owner of Las Iguanas and Café Rouge, and Bella Italia-owner Azzurri Group have fallen into administration.

Others, including Prezzo, Wahaca, Wasabi and Pizza Hut Restaurants, have hired advisers to explore a sale or company voluntary arrangement (CVA).

Founded in 2007 with two sites, Byron was among many casual dining chains which expanded too aggressively and agreed to rent deals that they ultimately could not afford.

The chain’s profile was inadvertently boosted by pictures of the then chancellor, George Osborne, eating one of its burgers the night before he delivered the government’s comprehensive spending review in 2013.

Its existing majority shareholder, Three Hills Capital Partners, helped secure its survival in 2018, when it undertook a restructuring to wipe out its debts and close to underperforming sites.

During the COVID-19 outbreak, the majority of its staff have been furloughed under the Coronavirus Job Retention Scheme.

Sources have said the pandemic came at “a frustrating time for Byron”, which was making progress in its turnaround plan under chief executive Simon Wilkinson.

He is understood to have placed all of Byron’s hourly employees on minimum-hour payment terms to ensure they were protected during the lockdown.