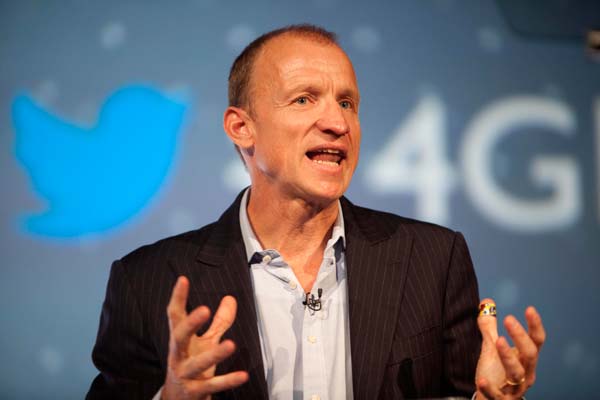 Mobile operators will discuss with regulators plans to bring forward the auction of spectrum to run 4G services – which allow faster mobile download speeds than the existing 3G network with ministers hoping this will appease operators angered that Everything Everywhere (EE) was given permission to launch first.

The meeting, to be chaired by new Culture Secretary Maria Miller, is designed to prevent mobile operators from launching an appeal against communications regulator Ofcom’s decision to allow EE to use its existing bandwidth to provide 4G allowing it to reveal that their 4G offering will be available to its customers by the end of October.

The other operators are not able to offer 4G until other parts of the radio spectrum, including those used for terrestrial television, are freed up and sold off.

It is expected that the most likely deal on Tuesday will involve a commitment from Ofcom to bring forward the auction to sell those frequencies.

The auction, which has been repeatedly pushed back, is currently scheduled to take place early in the new year – but would be held back further should the likes of O2 or Vodafone were to mount a legal challenge against EE’s early start.

The government will hope the promise of an earlier auction, and therefore earlier possible roll-out, may be enough of a bargaining chip to convince the rival operators not to press forward with their complaints.

“Ofcom made quite a clever move by allowing EE to launch early,” said Matthew Howett, a telecoms analyst with Ovum. “Because it’s now really set the wheels in motion, and will see the others pull their fingers out.”

EE’s Olaf Swantee gave details of its 4G plans at press event last month, and said it would offer 4G in 16 UK cities by the end of the year, an announcement which was welcomed by SMEs based in these locations.  However, it declined to give a firm date on when the service would be open for use by the public.

The networks felt aggrieved that EE had been handed a considerable headstart in the 4G race, while the other operators would have to wait until the outcome of an auction before they can try and catch up lost ground.

Apple’s latest iPhone, which launched the day after EE’s 4G event, is available on all the major networks – but only EE is able to offer customers 4G speeds on the handset.

Ofcom has defended its decision, saying that to delay EE from launching 4G would have been “to the detriment of consumers”.

In contrast, O2 said they were “hugely disappointed” with the decision, while Vodafone said: “The regulator has shown a careless disregard for the best interests of consumers, businesses and the wider economy.”