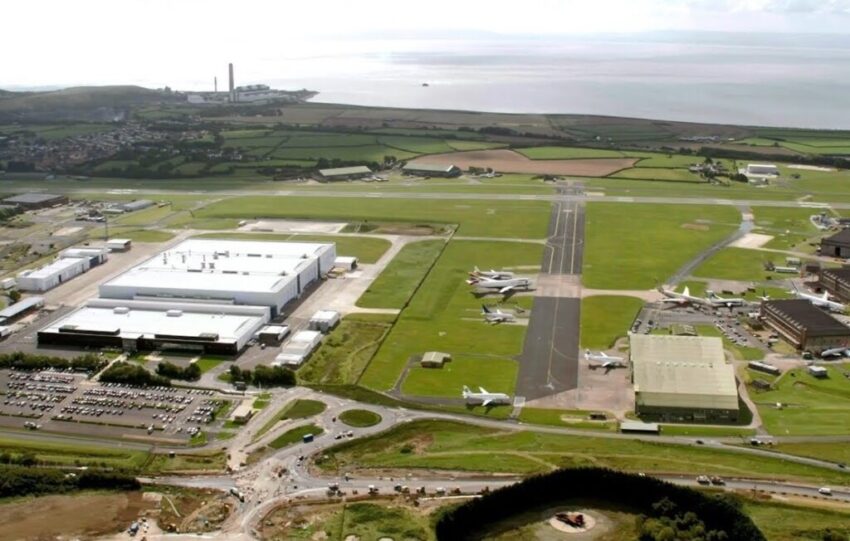 The country’s first so-called battery “gigafactory” has moved a step closer after a site in South Wales was identified as the preferred location.

Britishvolt said it had signed a memorandum of understanding with the Welsh government to develop its plans for the “green” factory, which would mainly produce electric car batteries under its own solar power, on the former RAF base at Bro Tathan in the Vale of Glamorgan.

It hoped that up to 3,500 jobs would be created following an initial investment of £1.2bn, but warned its deal was subject to financial backing from the UK government’s Automotive Transformation Fund aimed at boosting the shift to electric vehicles.

Britishvolt said: “A successful outcome of the partnership could enable the scalable production of a world-class portfolio of lithium ion batteries, creating and expanding an onshore manufacturing ecosystem and supply chain to support the country’s ‘Road to Zero’ emissions targets, and unprecedented transition to electrification.”

The government confirmed in February that it was seeking to phase out new petrol, diesel and hybrid cars by 2035 – bringing the proposed ban forward by five years amid international efforts to bring down emissions in the battle against climate change.

It has since identified the need for investment in the so-called green economy as part of the country’s recovery from the coronavirus crisis.

The Office for Budget Responsibility estimated this week that more than three million jobs could be lost across the UK economy this year in the wake of the lockdown.

The announcement gives some hope to workers losing their jobs through the closure of Ford’s Bridgend engine plant.

There was a further blow for the area ten days ago when Ineos confirmed it was considering an alternative site in France for its planned 4×4 plant – due to be built next door to the ageing Ford operation, meaning only Aston Martin could be the only car manufacturer in the area with their new plant for their DBX SUV model at St Athan.

The Britishvolt factory would be the first to produce batteries on such a scale – powered by its own solar energy farm.

The company’s CEO, Orral Nadjari, said: “The construction of the solar farm will not only ensure our gigaplant has a near carbon neutral electricity input – complementing our goal of becoming one of the greenest battery producers worldwide – but also provide cleaner energy to the local area.

“The pandemic is acting as a catalyst, creating new markets for greener technologies, and highlighting the importance of localised supply chains – which Britishvolt has the backing and resources to drive forward.”