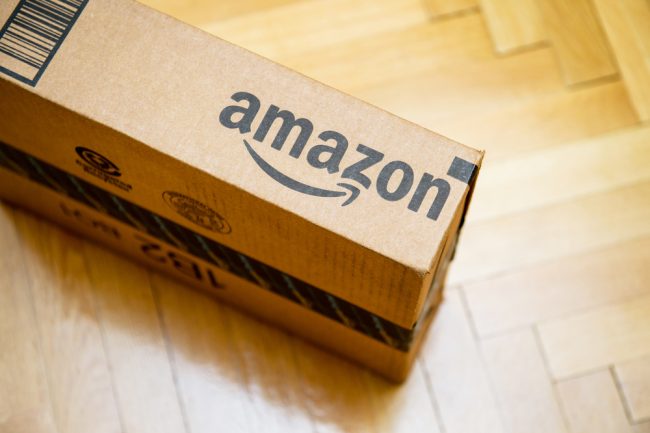 Amazon has officially acknowledged that its sellers who only use a UK Fulfilment Centre will no longer have access to its EU marketplace from 1 January.

The international courier services specialist ParcelHero has warned sellers who take no action or decide not to send stock to an EU centre could find Amazon stops shipping their items to the EU even before Christmas. This would avoid a build-up of stock that will have to be returned after 1 January. ParcelHero also fears the e-commerce giant may even start the process of returning stock to the sellers’ UK warehouse during December in anticipation of the end of Pan-European sales.

ParcelHero’s Head of Consumer Research, David Jinks MILT, says: “On 1 January, the UK will leave the EU’s single market and customs union. There is time for the UK and EU to agree a decent deal, but that’s far from certain. Amazon has to plan its systems months ahead and has obviously opted for the worst-case scenario and decided EU and UK sales need to be kept entirely separate for now.

“Amazon will be highly reluctant to see a build-up of UK sellers’ stock in Europe during December. That will present a red tape nightmare in January, when some stock is inevitably returned.

“The e-commerce giant says crisply: ‘FBA offers using EFN will not be fulfilled across the UK-EU border.’ EFN is Amazon’s European Fulfilment Network; currently, it’s the Amazon easiest service for UK sellers to use in order to reach EU customers. EFN allows UK-based sellers to fulfil orders from any Amazon European marketplace using just one Fulfilment Centre, such as the UK. UK sellers can create listings on Amazon’s EU marketplaces but fulfil those orders using UK stock. Items are shipped directly from the seller’s UK warehouse. The fees for EFN sellers are quite steep, but the advantage is that it presents an easy way to sell into the EU without needing VAT numbers and minus the red tape in other countries.

“Our worry is that the end of this service just six days after Christmas is bound to create a nightmare before Christmas, as Amazon starts to repatriate UK sellers’ stock.

‘The situation is equally complex for retailers using Amazon’s Pan-European FBA service. Pan-European UK sellers send their stock to a Fulfilment Centre in the UK and Amazon then distributes it for storage across Europe. That means sellers are only paying UK local fulfilment fees while using Prime same/next day delivery services throughout the EU. From 1 January, UK Pan-European sellers will have to send stock to an Amazon warehouse in Europe at their own cost. Once it has reached an EU Fulfilment Centre in, say, France or Germany, it would then be distributed by Amazon to other European warehouses as is currently the norm. For sellers, this means splitting stock and potentially increased transport and storage costs. It also means they are forced to deal with VAT in different EU countries. What happens to returns after 1 January is a looming problem.