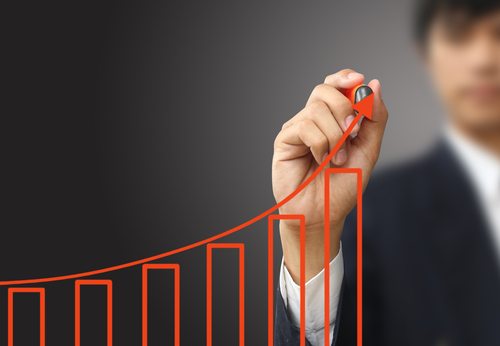 Even though we may be officially out of recession, many business are still experiencing ‘recessionary conditions’ which therefore means they’re selling in a tough market  A tough market for other companies might mean that they’re selling against a lot of competition, or that potential prospects are beating them down on price – meaning lost margins and lost profit.

Whichever of those situations is affecting you and your business right now, here are some tips on how to sell more in tough market conditions…..

My first tip for anyone selling in a tough market is to increase their ‘new business’ or ‘prospecting’ efforts.  The first good reason to do that is if people are taking longer to decide whether to buy or not, having more prospects is a good exercise in ‘risk mitigation’.  A second good reason would be that the more prospects you have, the ‘choosier’ you can be who you work with.  A third would be that you can then prioritise your prospects, based on who can make quick buying decisions – which mean quick sales!

For most small businesses I work with, their levels of ‘new business’ or ‘prospecting’ just aren’t high enough.  Which means that in a tough market, they sit there and think ‘if only the phone would ring more’ or ‘I wish I got more enquiries over the web’.  It’s time to take some action and to get some prospecting done, instead of waiting for it to come to you…. Because it probably won’t!

Andy’s Sales Tip 2 – Increase The ‘Interest’ From Your Network

One of easiest things to do for more sales, more quickly, is to increase the levels of interest in you and your business from your network of existing contacts.  The progress of Social Media has made this very easy.

Are you posting success stories for your business?  Your new business wins?  Examples of how you’ve helped people?  Positive feedback and testimonials from customers?  If not, now would be a good time to start!

When you’re selling in a touch market, it is VITAL that you ‘ring fence’ your existing customers, in order to stop them going to your competitors!

Think about it, you’ve invested time and money in getting that customer to buy from you in the first place!  So why on earth would you let them go without a fight?

Surveys have told us for years that the biggest reasons customers leave an existing provider is because of supplier apathy…. They just didn’t feel like their business was valued… that we didn’t care…. So they took their business elsewhere!

Can we afford for that to happen in a tough market? I don’t think so!  So make sure you ‘ring fence’ your existing customers as a matter of priority….

Sometimes there are additional sales opportunities sitting right under our noses!  And often we don’t spot them, or sometimes even think of them in the first place!

One of the most effective sales questions of all was simply ‘would you like fries with that?’.  Simple, effective, and even broke some of the rules of being a ‘great’ question, but did it work?  Of course it did!   Responsible for millions of dollars of additional sales all over the world!

Now, if something as simple as that question can have the impact that it did, what could you introduce in your business to have a similar effect?

It’s simply about spotting the additional sales opportunity at the right moment, or even preparing for it in advance like the ‘fries’ question.  Think about the process a customer goes through when buying from you.  What opportunities are there for additional sales that you’re not taking right now?  Or not taking consistently enough?  And if you did, what kind of difference would it make to you and your business?

Follow the tips above and watch your sales soar!  I look forward to hearing how you get on….