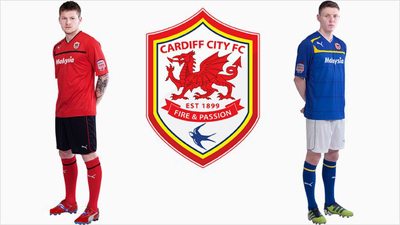 Today is a day that will live in the memory of every Cardiff City fan. Following the massive outcry by fans over the proposed plans to rebrand the club, the Malaysian owners are going through with their plans to change the home kit to red and alter the club crest.

But what will be the long-term impact on the club of this shock news today?

When the story broke in early May, I blogged about the fundamental PR mistakes the club had made in the breaking and handling of the news. This added fuel to an already incendiary situation with the club’s notoriously passionate fan base.

The key motivator in all this is money and what the Malaysian owner’s millions can do for a club eternally searching for promotion to the Premier League. The aim of the owners has been to expand the club’s appeal into the international market, namely South-East Asia.

The new investment package will aim to bring to an end the long standing Langston debt issue and create new revenue streams, bringing in new players and an improved training facility.

One of the key issues of this whole affair is that the club needs the investment if it wishes to achieve its goal of playing Premiership football.

Terry Phillips at Wales Online sums up the dilemma facing the club and its fans well:

“If the deal is to play in red and have the financial backing and facilities to help build a squad capable of finally ending half a century and more of hurt then I’m for it. I will put tradition to one side.”

But here is the rub. What the owners want to do is what every Cardiff fan wants to see, but they have handled the whole issue poorly from a communications perspective. The lack of dialogue between the club and fans over the rebranding was staggering and in football, a game that involves an incredible amount of emotion that is hard to quantify on a balance sheet, the fans should be at the heart of everything.

Paul Ragan, who has been at the helm of the city’s other famous sporting icons the Cardiff Devils Ice Hockey team for two years, knows this only too well:

“While I recognise what the board are trying to achieve on a commercial level, buy-in from fans is absolutely critical. While you will never please everybody and achieve total agreement, the way you communicate why you are doing what you are doing and the long-term vision is crucial. Consultation is king.”

A notable Cardiff City supporter Nigel Harris summed up the feeling of many disillusioned fans this morning;

“I apologise in advance for the embarrassment & complete laughing stock my club will become later today. No excuse for it, no defence of them. The club I loved and knew will always be part of me but it will never feel the same or as important to me anymore.”

His anger is understandable given that the owners had agreed to call off their plans following the negative backlash and campaigns against it. However, a mere month later – and without prior warning – the changes have been made regardless.

Had the owners sat down with the heads of the supporters’ trusts and discussed the proposals with them, then maybe this transition could have been much smoother. Fans are one of the key stakeholders of any club and without their backing the owners face serious problems. It is all well and good having a strong fan base in Asia, but an empty stadium for home games sends out a clear message.

Negative publicity and enraged fans are not what the owners need if they want to build a brighter future for the club. This whole affair has shown that the owners want to achieve Premiership status regardless of the casualties along the way. Only time will tell the long-term impact this has on the club. Talk of decreased fan base and cancelled season tickets may be premature hype, but the negative PR hasn’t done the owners any favours either.