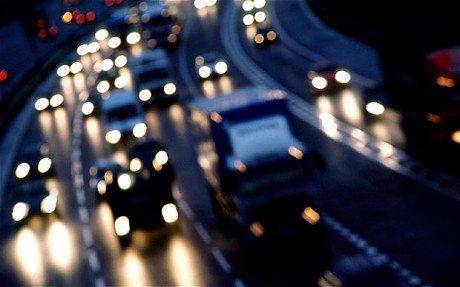 Risks
The risks are very real. Screening tests conducted by Specsavers over a period of eight months have revealed that a shocking one in three drivers has sub-standard vision. Furthermore, the Occupational Road Safety Alliance says that work-related drivers are 49% more likely to be involved in a road traffic collision. In fact, RoSPA calculates that, after deep sea fishing and coal mining, driving 25,000 miles a year on business is the third most dangerous activity in the UK.

Research
Specsavers Corporate Eyecare recently undertook research to investigate employers’ understanding of the legislation covering the vision of employees who drive for work purposes. The research was conducted among over 200 employers, in both the private and public sector. Small to medium sized companies were well represented with nearly half (47%) of respondents having less than 100 employees.

Responsibility
The ambiguity of the current regulations and the need for clarification was highlighted by the results. Employers were divided in their opinion regarding who is responsible for ensuring that employees who drive for work have adequate eyesight. The confusion seems to arise in that each individual driver will have had to pass a basic eyesight test in order to receive their licence in the first place and that the Law requires all drivers to ensure they are fit to drive.

Employers still, however, have a duty of care. While commuting to and from work, employees are indeed entirely accountable as individuals. As soon as a journey occurs for work purposes, the balance shifts and the employer shoulders some of the responsibility, even if the employee is in their own car and although they will, of course, be driving under their own licence. The research revealed, however, that just 37% of employers are aware of this obligation. It is perhaps not surprising that more than half of employers (57%) incorrectly believe that the responsibility lies with the employee alone and that 6% just did not know who was accountable.

The reason behind this shared responsibility is that two sets of regulations govern an employee who is driving for work. While the Law dictates the requirements of the individual, it is health and safety regulations that cause the employer to also hold an important role.

Employers therefore have a clear duty of care. This applies to every employer whether they have a huge fleet of drivers or just a handful of employees attending occasional meetings by car. The figures show, however, that companies with less than 100 employees are less likely to be meeting their obligations. For these small- and medium-sized companies, just 19% provide eyecare for drivers. This compares to a much higher (but still woeful) 32% for companies with more than 100 employees.

Requirements
Not only do the majority of employers not realise that they should be ensuring their drivers have adequate eyesight but they also believe employees are privately undergoing far more stringent eyesight checks than is actually the case.

Over two thirds (69%) of employers thought that the ability to refocus between near and far objects is part of the sight test to check that eyesight is legally good enough to drive. Again, 69% thought peripheral vision was checked as standard and nearly three quarters (72%) thought the ability to see in different light conditions is one of the included elements.

In fact, despite the almost incomparableness of driving conditions today with those of the 1930s, when the vision standards were set, the eyesight requirements remain the same. To be granted a driving licence, the only statutory requirement is to be able to read a number plate from a distance of 20.5 metres, on the day of the driving test.

The DVLA had the opportunity to introduce tougher vision standards in 2012 but its consultation concluded that the current ‘number plate test’ should remain in place. A minor alteration was made to the existing standards, with the DVLA now simply stating that drivers applying for or renewing their licence must declare that ‘they have never been told that their vision is below that of the EU minimum measurement’ (which, for clarity, is 6/12 or Snellen decimal 0.5). There is still no routine eyesight check and no requirement for a professional opinion when applying for a licence.

Review
This is where the health and safety laws become particularly important in reducing the risks on our roads. If employers fulfil their obligations, then anyone who drives during the course of their work, whether they are travelling thousands of miles a year or occasionally popping to the post office, should be receiving regular eyecare.

For small- and medium-sized companies in particular, this may seem like a heavy and unnecessary burden. If fact, as company-funded eyecare is obligatory for all screen-users, most employees may well be receiving eye examinations and eyesight tests from their employers anyway. The possible consequences for the employee, in terms of human cost, and the employer, in terms of financial cost, surely make counter argument simply impossible?

The research shows, however, that employers are still prepared to run the risk. Of the 200 respondents, not one employer thought that it would raise the priority of eyecare in their organisation if an employee had an accident and it was found their eyesight was not good enough to drive without corrected vision (wearing glasses or contact lenses). Even if a corporate manslaughter charge was upheld against an organisation because an employee had driven with poor eyesight and caused a fatal accident, not one employer thought this would raise the priority of eyecare within their business. In reality, while court action could prove expensive and onerous for a big business, it could result in the collapse of a smaller company, with less resources and reserves.

Moving driver eyecare up the agenda is a monetary matter for nearly a quarter (24%) of respondents, who stated that they would need to discover that providing eyecare to their drivers costs less than they expected. Ironically, previous research has shown that corporate eyecare does cost a great deal less than employers expect. Perhaps it is time for a review of priorities?

The apathy towards possible consequences shows just how crucial it is for legislation to be implemented to ensure drivers have regular vision checks. This is something Specsavers has been calling for over many years. If employers are not likely to be spurred into action even by a fatality or legal action, then legislation would help.

Resolution
The message for employers is clear: you do have a responsibility; the risks are high; the consequences are immense; and it makes sense to take action.