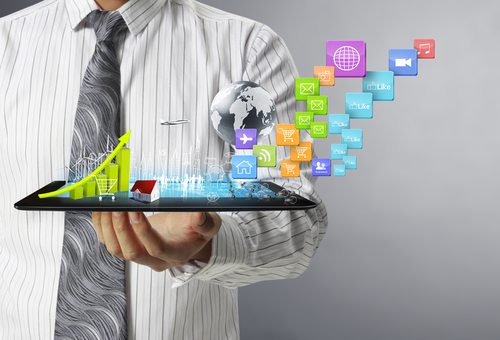 In the past 12 months the site say that they have seen massive growth in freelancers registering, who do jobs that didn’t exist 5-10 years ago. For example, there has been a tenfold increase in Pinterest consultants registering on the website, a 798 per cent increase in eBook cover designers, and 609 per cent rise in mobile app developers.

Four years ago, Pinterest, the pinboard photo sharing website, was just an idea in the back of three bright entrepreneurs’ heads. Today the website is used by millions of people. And off the back of the website’s phenomenal success, the Pinterest consultant was born.

Twitter and Facebook are the social networking phenomenons of the last decade. Back in 2003 these social media platforms didn’t exist. Fast-forward to 2013 and most people can’t get through the day without checking their Twitter or Facebook accounts.

And the staggering success of both platforms has spawned its own new jobs market. Today, Twitter and Facebook consultants are one of the biggest growth sectors – with the number of new Twitter consultants/social media managers registering in the past 12 months up 540 per cent and Twitter/Facebook cover image designers up 560 per cent.

And what about user experience designers (UEDs)? It’s unlikely to be a job suggested by a career development officer, but there has been a seven-fold increase in UEDs, specialists in customer interaction with websites or apps, registering on the website in the past year. The UED is in demand purely and simply because more products are being sold online, which means no face-to-face interaction with customers. A highly skilled freelance workforce is meeting that demand.

Xenios Thrasyvoulou, founder and CEO of PeoplePerHour, comments: “Turn the clocks back to 2003 – the huge potential of the internet was only starting to be realised, and social media was in its infancy. Today, just 10 years later, we exist in an entirely different world. The internet has evolved at a staggering pace, and is now an integral part of most of our our lives.

“The influence of the internet is not better illustrated than by the impact it has had on the landscape of the jobs market. Twitter consultants, Google analytic consultants, user experience designers – these are all jobs meeting the needs of internet-based businesses.

“What’s particularly impressive is how fast specialists ‘pop-up’ the moment a new internet-technology is launched. Pinterest only launched four years ago – now there is a skilled workforce of Pinterest consultants ready to take advantage of a new technology.

“The internet revolution hasn’t just changed the way we work, it has also spawned a new and vibrant jobs market, that could have a massive influence on the career paths of future generations, and ultimately change the career landscape forever.”