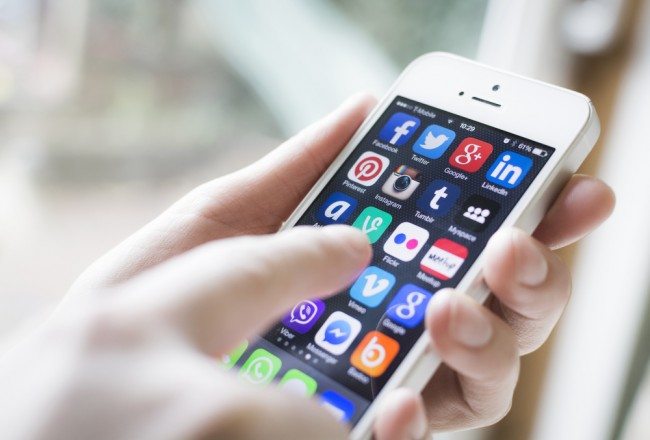 A few years ago, people considered apps as the wave of the future. Not only do ordinary people heavily rely on apps for their digital activity but marketers as well.

Apps have had such a big impact on our lives that they have allowed us to have easier access to information and task management through our phones. Of course, businesses and innovators have also taken advantage of this by creating apps for everything!

Following the law of supply and demand, if a particular person needs an app for let’s say, helping them study for their exams, an app developer will make it. That’s how apps have made our lives much better.

So, why should we know about the significance of apps anyway? Isn’t the whole app trend pretty much plateauing already? Not quite. These days, apps are continuing to evolve rapidly and this evolution will greatly affect both your professional and personal lives. It’s definitely going to help you a lot by knowing the growing significance of apps, so you’ll be in touch with the latest trends in app tech.

How Apps Have Taken Over the World

Back in the day, the internet was the one thing that revolutionized the way we live. With access to the internet, people had access to millions of sources of information as well as services. Because of the internet, it was possible to check the location of local stores, connect to people via chat, or even avail of services.

Today, technology has evolved a notch higher into the phenomenon we know as mobile applications. It’s no surprise that mobile apps have taken the world by storm since almost everyone has a smartphone anyway. In fact, eMarketer quotes statistics that back up this claim. According to their research in 2013, digital media became the top source of media out of all the various channels out there—including television. Out of all the digital media channels, mobile ranked the highest.

Of course, those are statistics from the year 2013. Over the course of time, the numbers have slowly increased because mobile app usage has also gone up. The same researchers have also stated that 80% of digital activity is done using apps while 20% in browsers.

Now, let’s look at the time people spend on apps. According to Flurry Analytics, the average user would spend a total of 3 hours and 40 minutes using apps alone in which 27% of those apps are all social media apps.

These figures alone can tell us just how important apps have become to our daily lives. Just think, there are certain things that you could never do with your phone in the past that you could do today. For instance, back in the day, no one could’ve imagined being able to check their bank balance without going to an ATM, a bank counter, or a desktop computer. These days, bank apps let us check our balance while we’re on the go as long as there’s internet connection.

Another good example would be grocery shopping. Back in the day, you’d have to actually go to the grocery store to pick out the food that you wanted to buy for your home. However, not everyone has the time to go to the grocery store every week—especially bachelors. That’s why apps like HonestBee were invented. With these apps, all you have to do is pick the foodstuff that you wanted to have and there will be someone who’ll deliver the stuff to your house.

In an immense way, apps revolutionize the way we live. It makes things easier for us to do in general and allows us to have machines do certain tasks that we usually have to do on our own.

However, not only regular people have made use of apps for their own personal interests but businesses as well. Mobile applications play a big role in modern day marketing because the mobile world has become a whole new channel for businesses to find new customers.

I mentioned earlier that applications in marketing follow the law of supply and demand. Basically, that is the principle in which marketers use to help a brand gain traction and followers. Let’s take social media apps for example. According to marketer Jeff Bullas, a 2014 statistics state that 72% of people are already on social media. To add to that, 71% of them are using their mobile devices to access social media.

So, let’s put the law of supply and demand into an example.

Let’s say an essay writing service provider like EssayProhas gained a lot of customers through their website. Now, these customers have complained that they usually can’t keep track of their essays and can’t monitor the progress. Pretty soon EssayProwill create an app to help customers track their projects and to know how the project is faring, this function and many other you’ll find by going here.

There is a demand for an app, therefore the company may have to supply it.

For a marketer, an app is a supplement to a business. An app addresses a growing need for a new type of experience using a mobile phone instead of a desktop. For a business to compete, it has to make sure it constantly addresses whatever needs its existing clientele has. This will help them get an edge over the competition and make the consumers happy at the same time.

Of course, mobile apps have already become a part of the daily lives of people. So, if a brand’s competitors have apps to cater to their market share’s needs, then that brand is actually expected to have an app as well. If it does not, then it might lose its competitive edge over the others. In a way, apps have become so widely used that they have become a necessity for most businesses. With higher expectations, brands must now have either an app or a good mobile version website.

What’s Next for App Development and How Important Are these Trends to Marketers?

Are there still any future developments for mobile apps or can we expect it to plateau already? Well, there have been some forecasts about how apps are going to evolve in the future based on growing trends. And as these trends grow, it’s important that marketers take note of them so that they’ll know how to take advantage of these trends while they’re still new and hot!

Here are a few of the mobile app trends to watch out for in the following years:

App streaming allows you to use an app without having to download it in your phone anymore. This is one of the growing trends in app development because it addresses the problem of phone storage. Let’s face it; you can’t have too many apps on your phone because you won’t be able to contain all of them. You’ll need to delete a few so you can download new ones.

Well, instead of doing that, how about you just use an app without having to download it?

If you’re familiar with Wechat, then you’d probably know Wechat is already doing this kind of thing via their mini programs. Mini programs are apps that you can use directly in the Wechat platform without any download or installation.

Aside from Wechat, we’re seeing Android do this now with their Instant Apps. While the usage of these apps is relatively low, Bloomberg predicts the number to reach well above 100,000’s by the year 2020.

Most apps are more focused on consumerism without much focus on business task management. However, we might see that change sometime in the future. According to research company Gartner, 70% of company software interactions will be done in mobile enterprise management software by 2020. This is a trend that all businesses should watch out for as there is a slow, growing demand.

We’ve already seen AR apps like Pokemon Go among others. In the future, we’re expected to see more AR and even VR apps since VR is already starting to gain a lot of attention. It won’t be surprising if we can see holograms through apps via AR and VR in the future. It’ll be something quite revolutionary.

With the development of AI, it won’t be surprising if AI will be integrated into apps. It’s already being done now with certain apps that can arrange your diet, automatically filter photos, and do other things for you.

These days, machines have become so intelligent. All you have to do is program it to do a task for you and it will do it. We’ll see more of these in the future in the form of mobile apps.

That said, it’s extremely important for a marketer, or anyone for that matter, to be tech-savvy. It will allow them to follow the evolution of technology and use it to their advantage in both their personal lives and professional lives.

With the evolution of technology, it’s highly encouraged that people learn how to be more tech-savvy with apps, learn the basics of UX and app development, and learn how to research on trends that are related to technology.

These skills can help one determine how to make use of technology to promote products and services and to improve his or her work and task management.

The bottom line is basically this: we have to make sure that we’re always updated with the growth of apps because its growth and changes play a huge role on how we do things. If the development of app changes and grows, then so should we.

About author: Burton Chandler.  He is a Tech Geek, SEO Expert, Web Designer and a Blogger. Currently working as a journalist for college newspaper.