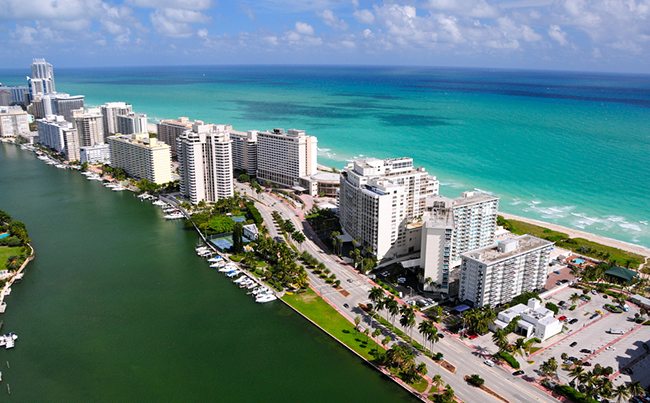 With rapid development and explosive growth, there are several common trades that popular in the city. Here they are.

Trades in Healthcare
There are over 300,000 residents in Miami and over five million residents in Florida. The population of this magnitude requires adequate health personnel for its healthcare needs. It is predicted that the healthcare sector will grow by up to 27% within ten years.

The common trades in the health sector include childcare workers, orderlies, registered nurses, nursing aides, home health care aides and nursing attendants. Many other careers in heath sector such as medical engineering and specialised courses such as gynaecology, psychiatry are also highly sought trades.

Trades in the construction centre
Miami has experienced exponential developments with many buildings coming up in the last five years but if you look at www.prestigeinternationalre.co.uk/premises/miami/ you’ll notice that the trend is expected to continue with many properties coming up. There are also opportunities for repair and maintenance of the existing buildings.

Some of the most sought trades in the construction industry in Miami include carpenters, roofing experts, electricians, and plumbing. Miami also experiences hurricanes from time to time. This makes hurricane repairs an important trade in this area. An old population that sees most of its skilled construction workers has also fuelled the demand in these trades.

Trades in Professional and business services
Miami is an important centre for banking, finance and innovation. The city hosts the headquarters of most of the multinationals that are focused on Latin America.  It also hosts international companies headquartered outside USA but with interests in USA. It is a major player in most of the markets in USA and beyond. New businesses are opening up in large numbers while retail stores are expanding at an unprecedented rate.

Information Technology is an important driver of the economy in Miami. Most of the businesses are in the city are already using the e-commerce platform. Many others are on social media, blogs and websites to market their products. This has opened up opportunities for IT trades such as content marketers, System analysts, Networking and computers repair technicians, IT support, and IT consultants.

Careers in Tourism sector
Miami is a tourist destination for both the revellers within USA and tourists from other locations. This is primarily due to its excellent weather and a great sea waterfront. This opens opportunities in several industries that are related to tourism.

The common trades in the hotel sector include hotel managers, food preparation managers, waiters and waitresses. There are also opportunities for janitors, cleaners, information clerks and receptionists. The aviation industry is also heavily invested in this region as the city is a Latin American gateway in the USA. There is a need for aviation support services such as pilot training, aircraft maintenance and repair. There are also opportunities for stewards, and cabin crew staff.

With security, becoming a huge challenge world over, Miami has not been left behind. Most companies are putting up systems and resources to ensure the safety of their worker and clients and to substitute Federal efforts on the same. There are opportunities for guards to man different installations. CCTV system experts and technicians are also sought after trades.