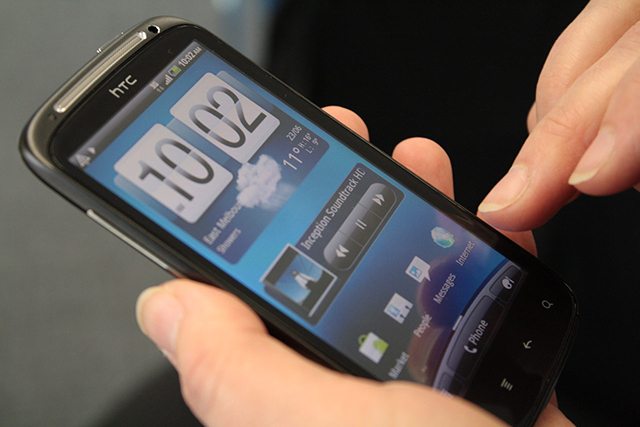 A recent survey has found that 71 per cent of staff regularly checked feeds from sites such as Twitter, Facebook and LinkedIn on their phones during meetings.

Reasons given included wanting to check in to location services such as Foursquare, keeping up with breaking news and over half were keeping abreast of what friends and connections were doing.

The poll found that almost a half of all conference delegates now rely on their smartphones to connect and find information prior to events with 47 per cent saying they turned to Facebook and Twitter for details.

But Twitter is the preferred platform for live debate around events with conference organisers increasingly encouraging delegates to use Twitter hashtags and 28 per cent of those polled considering themselves regular in-meeting tweeters.

But despite the widespread use of social media for professional purposes an honest eight per cent of those polled admitted their smart phones allowed them to opt out of dull moments.

However it seems most of us draw the line at using our phones to play games with only one per cent willing to admit to using their phones for secret gaming sessions during work meetings.

When asked about the number of social media channels checked during meetings, a fifth said they looked at just one, however just over ten per cent said that they looked at, on average, two sites in a meeting while only four per cent of individuals admitted to checking three or more.

Much fewer workers however, admitted to actually updating their social media channels during meetings.

Only seven per cent of respondents owned up to tweeting in a meeting, whilst three per cent said that they had updated their Facebook status.

MeetingsBooker.com founder Ciaran Delaney, who commissioned the survey, said the survey showed how social media was having an increasing impact on the working and meeting environment.

Delaney said: “We have seen over the last four years a significant increase in requests for conference venues with strong internet access. Our users are also now specifically requesting venues that also offer free WIFI. Meeting planners obviously focus on price and location when deciding on their venue but good Internet access is now a key consideration.”

“Interestingly, this is common now in most cities we work with around the world from New York to London. Meeting attendees use their smartphone on a daily basis like the rest of us, so when they want to share information or connect during a meeting the first place they will go is social media.”

“Smart conference organisers embrace this and use hashtags and Facebook pages to build a community for their attendees and also promote their events. There used to be a fear factor in opening up such a open forum of discussion during an event, but now I think most people recognise that its better to be involved and provide a solution rather than let people create it themselves.”

One male respondent commented: “I sometimes pretend that I am checking my emails when actually I’m looking at Twitter. There are some meetings which are just so dull that you need it to help pass the time.”

Another respondent said: “Often meetings drag on longer than they need too and it is so tempting to grab your phone and check Facebook.

“I have attended conferences where the use of social media sites, particularly Twitter, has been openly encouraged. Sometimes its easier to ask a question via the Twitter hashtag rather than put up your hand in front of 100 strangers”