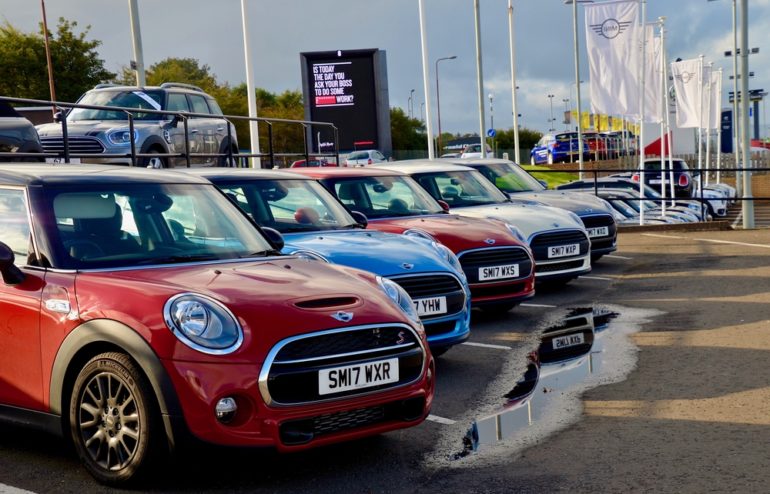 Number plates have always long been the most uncomplicated part of a vehicle, but now, they’re set to go digital.

The simple number plate, which we’ve had for over 120 years, is now looking as though it may be going digital in the not too distant future. A company in California are set to trial the plates in Sacramento California this year and the reaction from the general public is at the very least a mixed bag.

It’s been 5 years since the governor of California, Jerry Brown, signed off on the legislation that allows digital number plates (or license plates in the US) to be sold and used in the state.

Digital number plates are a ‘licence’ to print money for advertisers

With more or less everything on earth now going digital, large firms back the idea of digital number plates and for good reason – the advertising opportunity is unparalleled.

Say goodbye to sitting on the M25 for what seems an eternity starting at the drab number plate of the person in front of you – instead, you’ll be able to watch advertising and pre-defined user messages flash up on the back of vehicles. With this in mind, one would be right to raise an eyebrow over safety concerns and no doubt there’ll be many that voice this concern in the coming months.

Lee Wilkins, commercial manager at Show Plates World, a UK based show plates and number plates firm said, “Although we agree there should be technological advancements in the number plate world to a degree, we do feel that there is a significant privacy and safety risk from introducing electronics that could fundamentally distract drivers. With the amount of hacks and on-going privacy concerns going on throughout the world, it’s a real concern that now even our vehicles aren’t even sacred anymore from the prying eyes of technology”

These digital number plates come with built in GPS, which makes it significantly easier for authorities to track a person’s car – or number plate – if it’s stolen.

Whilst there are people that benefit from this type of technology such as fleet owners, the general public, or individuals, may well gawk at the idea and see it as just another invasion of privacy – and they’re right to voice this concern – because it isan invasion of privacy.

Hackers are another very real risk

With almost everything digital comes the possibility of attack and digital licence plates are no different. The plate company in California running this test, Reviver Auto, have stated that they use cyber security adjacent to the security measures used with online banking.

That’s all fair and well, but, as we all know, banks can easily be hacked and this has occurred numerous times in the past 15 years so I’d imagine the plates are just as vulnerable.

Picture this, someone is driving around and can change their plate at the flick of a switch due to a ‘jailbreak’ or ‘hack’ in the system, leaving it on you or whomever cyber criminals target to pick up the pieces.

On the whole, I think it’s great we’re making advancements in technology; however, I do feel as if there must be a lot more done to ensure security and privacy concerns are answered in due course.

Not to mention, they’re around £500 – so they’re not exactly the cheapest addition to a vehicle. I’ll stick with the occasional valet and nice smelling air fresheners for now.