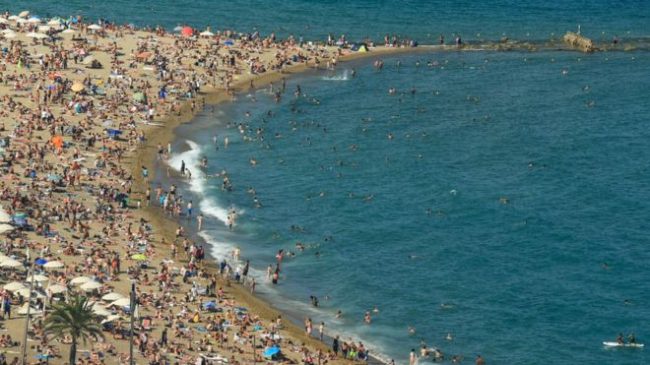 A unique aspect of doing business in the UK is that our nation is home to an unstoppable entrepreneurial spirit.

Indeed, at the end of 2017, research showed that as many as four-in-five Brits aspired to set up their own business.

A smaller business doesn’t have to be confined to one country, though. Whether you’re deliberating over where to launch a ground-breaking idea or you’re considering your first international expansion, there are plenty of destinations to consider, to help your business boom.

Tom Wilkinson, CEO, AXA – Global Healthcare, explains that you might be looking for a location that’s renowned for your industry, for quality of life, geographic position, or to reach your target customer base. Either way, I’ve rounded up a few contenders that should be near the top of any list.

Like many of its Scandinavian neighbours, Norway has one of the highest tax rates in the world, which funds its extensive welfare state. While high taxes aren’t at the top of most entrepreneurial wish-lists, Norway also boasts a stable economy and a strong emphasis on skills and education, offering an ideal pool of potential recruits. It’s equally renowned for its residents’ quality of life, with picturesque fjords and mountain vistas a-plenty to lose yourself in at the weekend.

There’s a lot to be said for New Zealand. Over the last 40 years, it has transformed from an agrarian country, dependent on concessionary British market access, to a more industrialised, free market economy with the potential to compete on a global scale. This dynamic growth has boosted real incomes and the country now has a strong export market, with plenty of opportunity for a savvy smaller business to establish itself. With its complimentary time zone, it’s an especially appealing location for UK businesses looking to expand an overnight or 24/7 service internationally.

New Zealand is also renowned for the happiness of its citizens, ranking above average on education and housing, as well as having some of the most beautiful landscapes in the world.

Canada closely resembles the US in its market-oriented economic system, pattern of production and high living standards, with a GDP per capita of £36,300 and a skilled workforce. It’s the world’s sixth-largest oil producer and also enjoys the world’s most comprehensive and bilateral trade and investment relationship with the US, with a merchandise trade of $544 billion in 2016, a services trade of over $80 billion and two-way investment stocks of nearly $700 billion. With this powerful relationship in mind, Canada is ripe with opportunity for new businesses, especially those looking to crack ‘The States’.

With a competitive corporate tax environment, favourable government legislation for businesses and within easy reach of several major European countries, Switzerland is a very attractive start-up location. The country boasts a prosperous economy, a highly skilled workforce and a per capita GDP among the highest in the world. Its economic and political stability, exceptional infrastructure and high quality of life should make Switzerland a highly appealing business location.

Luxembourg has historically demonstrated solid growth and low inflation, largely as a result of having an incredibly competitive tax regime. Despite its small landmass and population, Luxembourg is actually the second-wealthiest country in the world when measured on a gross domestic product (GDP) per capita basis.

The government proactively implements policies and programs to support economic diversification and to actively attract foreign direct investment, welcoming foreign businesses in industries such as logistics, IT, health technologies and clean energy. Luxembourg also remains a financial powerhouse, with its financial sector accounting for more than 35% of GDP. While it’s not as renowned as countries such as Norway and New Zealand for quality of life, Luxembourg is nothing short of a business playground.

The sixth-largest economy in the European Union, The Netherlands enjoys a persistently high trade surplus, stable industrial relations and also plays an important role as a European transportation hub. Its key industries include food processing, chemicals, petroleum refining and electrical machinery, and it also has a reputation as the world’s second largest agricultural exporter. With an easy-going ‘café culture’ and a 30% tax allowance available to people moving there to work, the Netherlands is a great destination for small businesses with a variety of specialisms.

Having established itself as Southeast Asia’s leading financial and technology hub, any small businesses that are looking to gain a foothold in the eastern market should consider Singapore. It enjoys a remarkably transparent business environment and a per capita GDP higher than that of most developed countries.

The economy depends heavily on exports, particularly of consumer electronics, IT products, medical devices and pharmaceuticals, and on its vibrant transportation, business and financial services sectors. With a skilled workforce to draw upon and a tax system that’s drastically simpler than that in many other prominent countries, Singapore should be near the top of any business’ international wish-list.

The Chinese government provides extensive support for entrepreneurs and there’s a rapidly growing consumer market, meaning businesses have more room to grow than in many other countries. However, for those from the West, there are some major cultural differences to be aware of. As well as a significant language barrier, did you know, for example, that it’s seen as rude to put a business card that you’ve just received in your pocket? If you’re willing to thoroughly research the local culture and get stuck in though, there is plenty of opportunity to capitalise on in China.

Last, but certainly not least, we should remember that the UK itself is an incredibly appealing country for foreign businesses that are looking to establish themselves internationally. The UK is home to the second largest workforce in the EU, has the lowest corporation tax in the G20 and is widely regarded as the easiest major economy in Europe in which to do business. Taking just 48 hours to register a company, it should be near the top of any entrepreneur’s list of go-to destinations. And if you’re wondering, I haven’t forgotten about Brexit, but have chosen to assume a positive mental attitude towards the final divorce settlement!

These may be some of the most popular countries in the world to start or run a small business, but this is by no means an exhaustive list. Whether you’re looking for a favourable tax environment, to specialise in an industry sector or simply for the perfect work-life balance, there are opportunities and adventures to suit all entrepreneurs beyond their own shores.