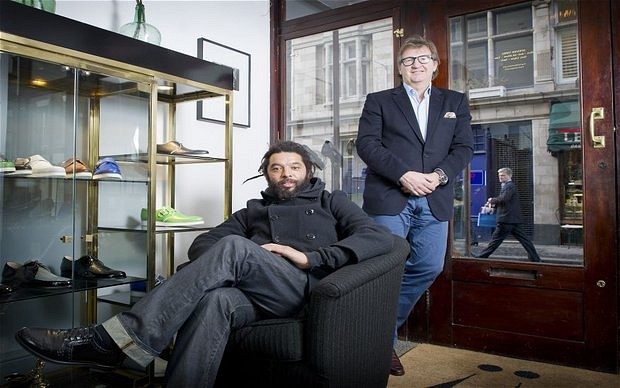 Marc Hare’s luxury shoe brand, Mr Hare, has secured £550,000 in debt and equity which will help the company build a retail presence in the UK and Asia.

In September, it opened its first retail outlet in London’s Mayfair and there are plans to open another in Hong Kong.

Mr Hare says the catalyst for the business came during seven days in 2007 when his marriage ended, he was made redundant from his marketing job at Swedish fashion retailer J Lindeberg and he broke his leg.

At the time, he said he felt like he “might as well end it all”. Instead, armed with a handful of shoe designs, his credit card and some production contacts he’d made while working at J. Lindeberg, he struck out on his own.

Mr Hare is projecting retail turnover of more than £3m this year, approximately half of which will come from overseas sales, with the Middle East proving a fruitful market. Most of the shoes are handmade in Italy, but the company is about to launch its first range made in the UK.

He said that having his own retail presence is helping to establish the brand. “Since we opened our own shop, brand awareness has skyrocketed and wholesale sales have grown as well.

“In the early days, I was determined and full of belief, but it took having my name above a shop for other people to take me seriously.”

The funding will be used to hire sales staff, invest in the company’s ecommerce platform and for the planned retail expansion to Asia.

“We’re still a very early-stage business. The company I envisage is much bigger than the one we’ve got at the moment.”

Mr Ayton has joined the business as chairman.