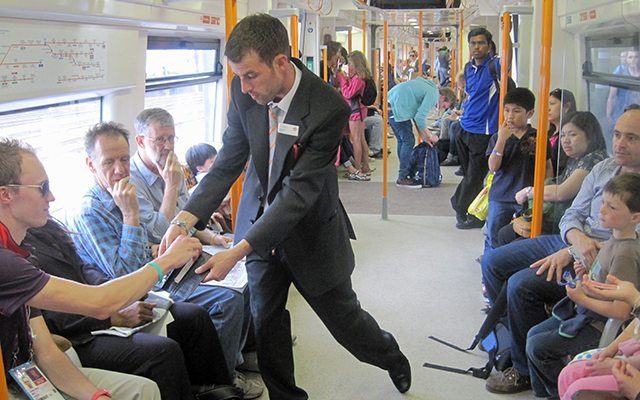 New research by CrossCounty reveals that over half of business travellers surveyed choose to travel by train because it’s quicker than other forms of travel, followed by one in five saying that it’s more cost effective and when it comes to putting the journey time to good use, over a third of respondents claim that they look for opportunities to link up with others and have done some of their best networking whilst on board.

Interestingly, there is a divide between the sexes when it comes to networking. Over a third of men surveyed say they have swapped business cards or contact details with someone they met on a train, compared to just one in five women.

However, female respondents outnumbered their male counterparts when it came to using their journey time to get ahead in their careers – almost one in ten have secured a new job or earned a promotion on board compared to just 4 per cent of men.

Productivity is key for business travellers, with 43 per cent saying that travelling by train allows them to concentrate, catch up on tasks and respond to emails. Watch out for the over 60 per cent who said they would listen in if they heard a fellow passenger talking about confidential or private business on board.

Commenting on the findings, Clare Shufflebotham, Partnerships Manager for CrossCountry, said “The findings have shown us that fully utilising time on board – whether it’s to catch up on emails, finish an important document or grow new business opportunities – has led to positive results for many business travellers. Many of our passengers travel with us regularly for business and we know how important that time on board is which is why we try and make it as convenient as possible. We developed the Train Tickets app which acts as a no-fee booking tool for tickets across the whole rail network so business travellers can make the most of their time on the move.”