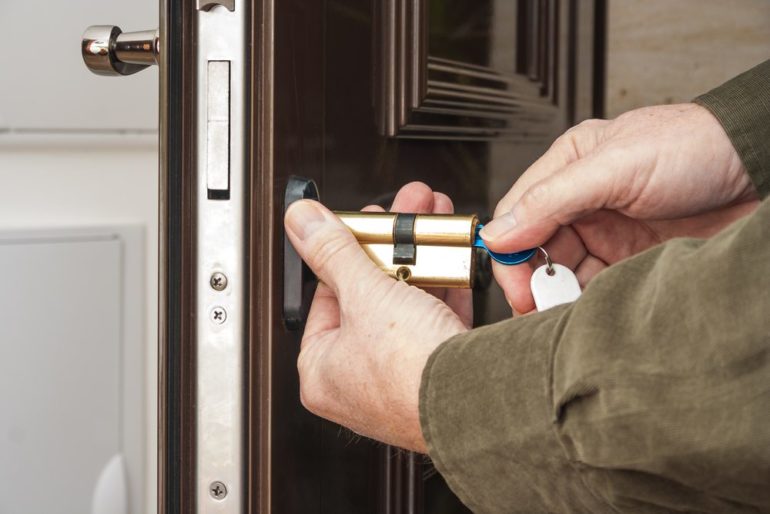 Security is big business, but new technological advancements in the field have started having financial repercussions for some big names in the security industry; prices of shares in ADT plummeted once the company re-entered the US stock market as an IPO.

It’s highly likely that this is because the public are being seduced by smart security devices created by companies who have had no previous background in the industry.

Regardless of their lack of experience, firms whose devices operate through the Internet Of Things are branching out into security, with smart thermostat titans Nest announcing their home security system at the tail end of last year. The sector has grown so much that PwC predicts that connected homes will be worth around $150bn by the decade’s end, with smart security taking up 14% of the marketplace.

Following the rapidly rising popularity of smart systems, consumers would be forgiven for thinking there was nowhere left for technology to take home security. They would be wrong.

Artificial intelligence: the next step in home security?

Last month’s annual Consumer Electronics Show in Las Vegas saw the unveiling of Ooma’s new home security device, the Butterfleye. Smart burglar alarms are common fare at CES, but the Butterfleye is one of an increasing number of new devices which operates through artificial intelligence. The security camera goes a step beyond most existing smart solutions by using artificial intelligence to “detect and identify people, pets and sounds”.

Facial recognition software is also an added feature to the Nest Cam IQ camera, with the deep learning software provided by their parent company Google. The camera will send “familiar face” alerts via a corresponding app, which will let homeowners know when someone is present in your home who the camera does not already recognise. However, existing facial recognition software on iPhones has shown some major teething problems, with some AI algorithms even displaying racial bias, which suggests that AI security might not be entirely fit for purpose just yet.

Of course, the popularity of smart security shouldn’t stop homeowners considering investing in more traditional security measures. In their guide to finding the best burglar alarm, Banham detail the benefits of monitored systems, which will notify an offsite response centre when your alarm is triggered. These burglar alarm systems are also preferable in the eyes of home insurers, particularly when compared to either a “bells-only” alarm or a smart system, performing a similar function to the latter type of security device, with a more failsafe human touch.

Controlled tests have also demonstrated that the Internet of Things is extremely liable to hacking. Due to the fact that all IoT-run gadgets are connected to the same network as everything else in a home, these devices, as Information Age notes, “have either highly-breachable cybersecurity measures [or] no cybersecurity measures at all”. Considering the fact that consumers will be trusting these devices with the security of their homes, belongings and families, traditional burglar alarms should remain an option for anyone thinking about “upgrading” their home security.

What other tech-centric security options are becoming available?

Beyond alarm systems and CCTV, there are other new technologically-driven measures which can be taken to allow access into your home. The most widely-discussed one of the last six months has arguably been Amazon Key, a new delivery service from the online retail giants which is integrated with a smart camera and lock system.

The controversy around Amazon Key stems from its ability to allow Amazon couriers into empty homes to deliver packages. A recent consumer survey saw 61% of Americans asked saying they would “definitely not” buy the product, though smart lock makers August have also announced a similar service. August Access provides couriers with a single-use access code which lets them into properties to make deliveries.

Bearing in mind the muted response from consumers around allowing technology to grant delivery drivers into their homes, it would stand to reason that trusting algorithms and deep learning to open your doors to approved people simply isn’t a safe option for consumers yet.