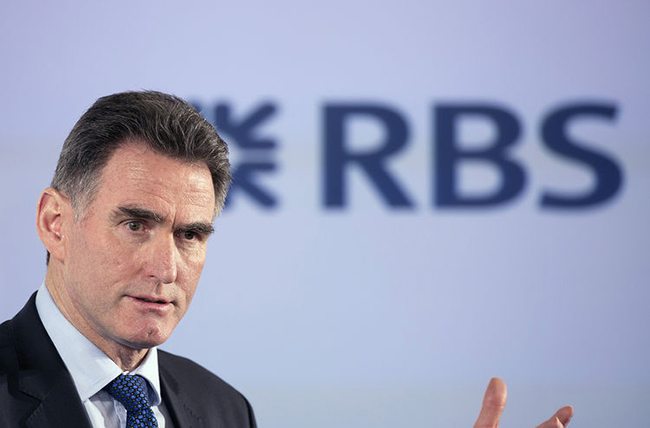 Royal Bank of Scotland has denied an MP’s allegation that its executives misled a parliamentary committee over the extent to which the bank mistreated small businesses during and after the financial crisis.

The chief executive and chairman of state-owned RBS were questioned extensively last week by Britain’s Treasury Select Committee (TSC) over a restructuring unit that is alleged to have pushed struggling firms into bankruptcy in order to be able to pick up their assets on the cheap.

But Clive Lewis, spokesman for the Labour party on Treasury matters, said in parliament that a full version of a report into the bank’s behaviour, that has not been made public, gave a different account.

“Having read the document I believe it shows that RBS executives misled the Treasury Select Committee in their evidence,” Lewis told parliament.

“Far from being isolated incidents of poor governance as they claimed to the committee, this report explicitly states their behaviour was, quote, ‘systemic and widespread’.”

A spokesman for RBS denied it had misled the TSC.

”The evidence we provided to the Treasury Committee accurately reflected the bank’s position. We are not clear on what basis the allegations are being made, but we would strongly deny the suggestion that we misled the Committee,” he said.

Allegations about the Global Restructuring Group (GRG) have overshadowed efforts by RBS to reform its image a decade on from the financial crisis and as the government prepares to start selling down its 70 percent stake in the bank.

RBS Chief Executive Ross McEwan (pictured) had previously said the “vast majority” of firms it dealt with were turned around, although he accepted last week this was not the case.

RBS and the Financial Conduct Authority (FCA), which regulates British banks, have stopped short of saying GRG systematically and deliberately pushed firms into administration, although both have acknowledged failures.

Andrew Bailey, chief executive of the FCA, is due to make a routine appearance before the committee on Wednesday.

RBS has set aside 400 million pounds to cover claims relating to the restructuring unit, which handled more than 12,000 troubled businesses between 2007 and 2012.

Lewis said the full version of the report, which was commissioned by the FCA but is yet not public, was more damning.

“The bank boasted one family business was set to ‘lose their shirts’ so RBS could get a chunky equity deal,” he said.

The full version of the report has been at the centre of a year-long dispute, with the committee frustrated at the regulator’s refusal to publish it.

However the FCA said last week it would publish the report in full at a later date, after McEwan and RBS chairman Howard Davies said they would not object to this.

The FCA has already published a summary following pressure from the TSC and a committee-appointed lawyer had confirmed this was an accurate reflection of the report’s full contents.

But Lewis, who also co-chairs a parliamentary group on how British businesses are treated by big banks, said it represented a “sanitised version”.

A spokesman for a group of 500 businesses affected by GRG said in response to the intervention by Lewis on Tuesday:

“Thousands of people whose jobs, livelihoods and businesses were destroyed by RBS’s rogue bankers already knew this.”