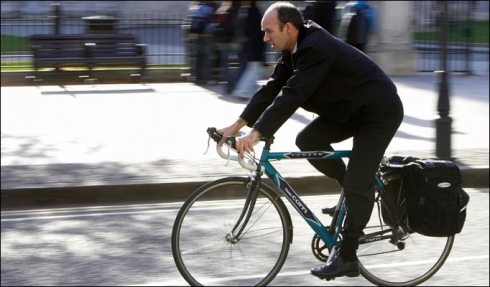 Bath-based Cyclescheme works at the interface between employers, wishing to run the government backed cycle to work initiative, and a network of expert, convenient partner bike shops.   It arranges the purchase of bicycles on behalf of employers for their staff as a tax-free benefit, and estimates that the average saving on bike purchases is between 30% and 50%.

Since the company was founded in 2005, Cyclescheme has set up Cycle to Work schemes for around 8,500 employers throughout Britain, including blue-chip firms and government agencies from the BBC and Coca-Cola to more than one-third of the country’s police forces and councils.  In addition, 100,000 people now regularly cycle to work on brand new bikes acquired through the Cyclescheme initiative.

Cyclescheme continues to make big strides towards generating quality sales for the independent bicycle sector encouraging people to shop locally. The investment into ‘Cycle Commuter’ magazine, which goes directly to employers adopting the Cyclescheme initiative, aims to pre-educate the employee to benefits of a complete equipment package with cycle safety at the forefront.  This has led to a marginally increased spend per customer and has in-turn contributed towards the companies impressive growth.

Richard Grigsby, one of two Cyclescheme directors, said; ‘We are delighted to have been short-listed for this prestigious award. Our thanks go to our colleagues and all the hard-working partner bike shops.  This short-listing acknowledges an immense amount of hard work over the last five years and confirms our belief in self-funding the company.’

The 2009 rankings were published in The Sunday Times on December 6th and has Virgin as its title sponsor, along with main sponsors HSBC, KPMG and Royal Mail.