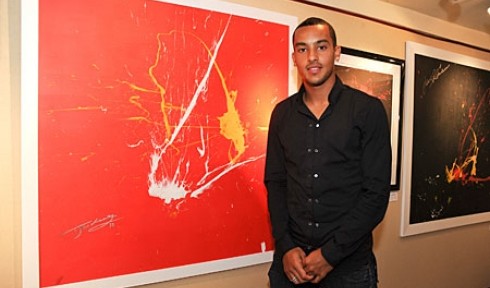 175 charities are set to benefit from this year’s £6m Matching Challenge. Last year, The Big Give’s first matched funding challenge saw £2 million raised in just 45 minutes, with an average donation of £1,400, representing some £44,000 raised every minute.

Theo Walcott (pictured above), Arsenal and England footballer and supporter of Best Beginnings, a charity that helps tackle child health inequalities in the UK, said: “The Big Give’s £6m Matching Challenge is a fantastic initiative, which is why my whole family, girlfriend and I have used www.thebiggive.org.uk to donate to Best Beginnings.

“Like all charities, Best Beginnings relies on donations to continue the great work it does so please, like me, visit www.thebiggive.org.uk to give what you can. Your donation will be matched by The Big Give so that charities, like Best Beginnings, can reach their fundraising goal twice as fast.”

With the help of a core donation of £1.5 million from The Reed Foundation, the matched fund will be used to match pound for pound every donation up to £5,000 to charities registered for the £6m Matching Challenge.

Alec Reed CBE, founder of Reed Global and The Big Give, and also chairman of The Reed Foundation, said: “I believe The Big Give’s £6m Matching Challenge presents a fantastic opportunity for anyone giving to charities this Christmas to make their donation go even further.

I set up The Big Give so that I could give my money away intelligently and I hope, in this traditional season of goodwill, that people will use our website to support the valuable work charities do and make a real difference to the lives of others.

“Building on the success of last year’s challenge, we hope that our 2009 Matching Challenge will raise £6million for charity and become the world’s largest online matched fund.”

The matched funding will be released in stages throughout the week, starting at 10am on Monday 7 December, with the remaining funds released in daily increments through to Friday.

To donate throughout the week of the £6m Matching Challenge, donors can visit www.thebiggive.org.uk and search for the charity they would like to support.

Once people have clicked on the ‘Double Your Donation’ button and entered their details, they will receive a confirmation email from The Big Give to say that their donation has been successful.

The Big Give, described as ‘the Google of giving’, is the brainchild of renowned philanthropist Alec Reed who spent £1 million of his own money to launch the charity search engine for matched funding initiatives in October 2007.

Today www.thebiggive.org.uk showcases nearly 6,000 UK charities working worldwide and has raised more than £5 million for charity. In September 2009, The Big Give was awarded the Third Sector Excellence Award for Innovation in Grant Making, in recognition of last year’s matching challenge.