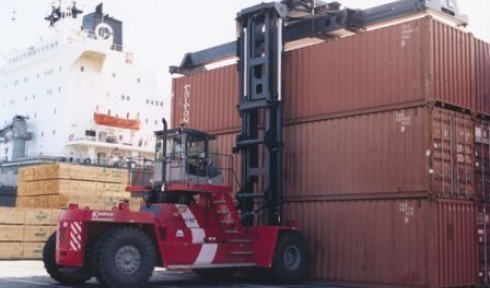 Amongst the two thirds (68 per cent) of businesses that are not currently exporting, only six per cent have plans to do so – and it is feared that the disruptions caused by the volcanic ash cloud could reduce this further still.

Barriers to exports
Many firms are put off by worries that an export strategy would not succeed. By far the biggest concern amongst all SMEs questioned is that there would not be demand for their product or service overseas – two-fifths (38 per cent) of those not currently exporting say this is a barrier. However there are a number of other concerns, including:

Exporting as a growth strategy
While many firms appear to have been deterred by fears about overseas demand, half of those businesses that are actively exporting (54 per cent) now say foreign trade is central to their growth strategies. Two-thirds (58 per cent) say they have been spurred on by strong overseas demand, and a fifth (21 per cent) report that foreign trade has become more important given weak domestic demand.

Almost two-thirds (62 per cent) of SMEs that export recorded growth in these markets in the last 12 months. A further one-fifth (18 per cent) said exports remained static over the same period.

In spite of the fears many firms have about currency fluctuations, 15 per cent of exporting businesses say the current relative weakness of Sterling has encouraged them to trade overseas.

Boosting turnover
Amongst those firms that are exporting, overseas trade is contributing to a growing proportion of company turnover. Just under two-thirds of businesses (58 per cent) now say that exports account for 20 per cent of their current turnover and a similar number (57 per cent) say the proportion has increased during the past year. Almost nine out of ten (89 per cent) believe that exports as a percentage of turnover will increase this year, or at least stay at current levels.

Future export markets
Businesses are also looking to tap into export markets further afield. Although the vast majority of firms say Europe and North America are their main markets at the moment (59 per cent and 44 per cent respectively), many see real potential elsewhere in the world. A fifth (18 per cent) have their eye on China and the Far East, and the same proportion sees huge opportunities across Africa and the Middle East.

Strategies for exporters
Exporting businesses are successfully using technology to reach their target markets. Two thirds of firms (64 per cent) say they now use the internet to target customers directly. A fifth (17 per cent) use agents and brokers, while a quarter (24 per cent) use a distribution firm overseas.

John Maltby, managing director, Lloyds TSB Commercial, said: “There really is a world of opportunity out there for British small businesses. Many firms are turning overseas demand and a weaker sterling to their advantage as they seek to grow. Others are clearly missing a trick.

“Despite the recent disruptions and associated drop in confidence caused by the volcanic ash cloud, at a time when domestic demand is subdued, thousands of small firms could still benefit from markets overseas.

“Although traditional markets in Europe and the US will remain the main targets for most firms, there is real potential across the Middle East and Asia which is as yet untapped.”