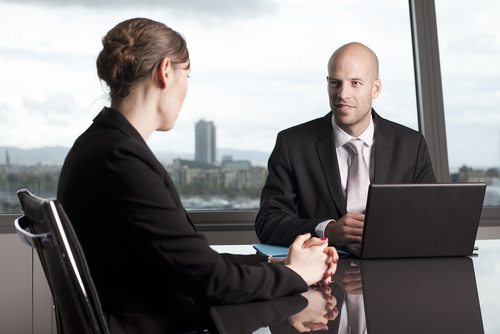 The not-for-profit organisation, which supports small and medium sized firms, says the banks have caused untold damage amongst business customers by their actions, which was carried out on an epic scale right across the banking sector. This, it says, has simply reinforced the public perception that the banks are largely unethical, corporate giants, concerned solely with profit.

The ‘swaps’ scandal, while widely known to have taken place, shocked the business community by its sheer size and spread earlier in February, with most of the big banking names involved in the scam. The FSA sample review found 90% had been mis-sold, which the Forum described as ‘truly shocking’, but said it was, frankly, ‘rather unsurprised’ at.

What has made matters worse, says the Forum, is that the products were foisted on trusting customers – most of these small businesses – to ‘protect’ them from cost increases. But in fact the ‘swaps’ were originally intended for much larger firms and ultimately saddled many small businesses with unreasonably high costs despite interest rates falling dramatically. This saw many fall in to debt, unable to switch to lower rates without paying huge early exit fees.

The Forum is now calling for the banks to suspend any interest still being charged on those business who remain affected by the process while further investigations are carried out, this action potentially saving further businesses from going bust. It stressed, however, it is now imperative for any business in financial distress due to one of these swaps arrangements to request the suspension of the collection of swap payments pending the review.

The consequential loss arising from these loans, such as overdraft charges or additional borrowing costs, will all have to be considered on a case by case basis, and while the FSA has said this should be completed in six months time, the Forum believes there’s a strong possibility that this time frame will not be met simply because of the numbers involved.

The Forum says there is little to suggest that the banks have in recent years been a real or committed friend to small business, falling well short of the scale of lending needed to support SME growth. This latest scandal has in fact shown their role as a trusted adviser – let alone a lender – has never been in such a worse state.

It said while there is nothing the banks can do to resurrect those business who have already failed because of the swaps, they can help those still trading by sorting the mess out as quickly as possible.

It also says this scandal shows it is more important than ever that government drives through change in the banking system to make them focus more on customer support and lending.

For too long big business has been making money at the expense of small firms, but the Forum makes the point that it is not just the banks getting away with it.

In January the Forum named and shamed pharmaceutical giant GlaxoSmithKline for increasing supplier payment times from 60 days to as much as 95.The company – the world’s fourth largest pharmaceutical producer – is part way through informing its suppliers of the changes.

The action means GSK join the likes of Sainsbury’s, Dell, Argos and Carlsberg, who have all previously increased supplier payment times and have featured in the Forum’s Hall of Shame.

For the sake of small businesses and the economy, the Forum says the government must prioritise tackling the culture of poor payment and address the bully boy behaviour of these bigger companies.

What makes the GSK case all the worse is the sheer size and profitability of the firm. This is a firm, says the Forum, not struggling to pay its bills, but one concerned only by its profit margins at the expense of small business.

While a campaign by the Labour MP Debbie Abrahams is calling for FTSE 100 companies sign the Prompt Payment Code, so far only 25 have subscribed to the ethical payment charter.

The Forum believes its when a firm such as GSK amends it payment times, it causes other big names to reassess their payment times too. These are the worst cases of corporate greed, says the Forum, and big business must not be allowed to continue in this fashion.