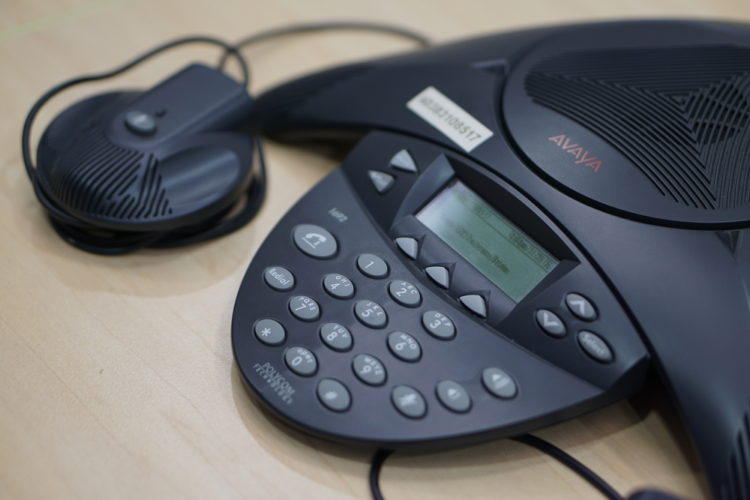 Getting the right communications core is absolutely critical to any successful business.

To put it bluntly – whatever you’re selling, you can’t make money without talking to your suppliers, your staff and your customers.

Oddly though, business communications tends to be something of a forgotten child in the IT family. Often overlooked, communications get less attention than the rest of a business’s technological infrastructure and can go for years without an upgrade or review.

For many, a dial tone when you pick up a phone is a given. You expect to hear it – and you never really devote any thought to the software that creates it, or to the gains that could be made from embracing the very latest communications capability.

Contrast that assumption with the relentless focus placed by many corporations on using the most efficient possible financial technology, or highest speed trading systems, and you can detect, if you’ll pardon the pun, a disconnect.

A dial tone is, of course, only a single auditory element of much broader communication core. To communicate and collaborate effectively, a company needs to view its systems in a holistic sense, with desktops, mobiles and tablets all intrinsically linked and voice, video, multi-media messaging and team communications closely intertwined with business processes.

Whether we’re talking about making social arrangements or transacting business, communications today are far less about picking up the phone – and instead about a whole universe of data-based mediums including email, instant messaging, text messaging, bespoke apps, video and webchat.

To provide a picture of the way in which communications are developing, simply take a look at what used to be known as call centres. The term itself is outdated – staff at contact centres are as likely to be live chatting on online messaging systems with clients as talking to them on the phone.

A successful organisation should respond to its customers in the way they want to communicate – be it by text, email, live chat or voice – rather than dictating how they should get in touch.

For years, Avaya’s systems has been a mainstay of business communications. It’s been a fantastic and reliable solution which has proven its worth and more than repaid its investment. However in order to keep up with the pace of technological change, it is time to turn the page.

Avaya’s new suite of communication solutions – including Avaya Aura and IP Office – can give businesses a seamless way of accessing different channels of communication, and serve as a foundation for the long-term digitalisation of industries.

Recent research commissioned by Avaya and conducted by IDC asked enterprises what drives their digital transformation efforts. Of the respondents, 62 per cent said they wanted improved employee productivity – followed by 54 per cent for enhanced customer experience. That long-term thinking is, of course, entirely rational – by making staff more productive, you can tick off the other boxes, reducing frustration for customers and ultimately saving money for the bottom line.

Avaya’s latest communications software offers far greater flexibility and compatibility than its predecessors, and helps businesses be nimble and to respond to market changes quickly.

In fact, it’s remarkably easy to deploy – customers can opt to reuse existing Avaya handsets if they wish, data migration has been automated and it’s easy to integrate with other applications. On top of that, there are financial benefits – such as discounts on software, hardware and services as well as packages that allow customers to pay on a per usage basis, rather than through an upfront, capex based licensing fee.

A host of enhancements can be delivered through a sensible investment in communications technology – and IT in this area is being used increasingly imaginatively.

Think, for example, in healthcare where colours are used to depict specific emergency codes such as Code Red for an adult medical emergency. By simply pressing a coloured button on the screen of a phone, mobile device or keypad, doctors can ensure that the right staff are notified swiftly and efficiently and that the right communication channels are established automatically to facilitate the right care quickly. Or a simple trick such as that used at a university campus, where an emergency button in an elevator links automatically to the nearest accredited engineer, without going through an unnecessary control centre, with an urgent summons to rescue trapped inhabitants.

At Avaya, our corporate heritage can be traced all the way to Bell Laboratories and AT&T, founded by Alexander Graham Bell, the original business which gave birth to our company. Communication is in our DNA– it’s not a sideline for us.

There are many powerful positive reasons for giving due attention to your communications core. And similarly, there are risks if you don’t give it any focus. If you neglect your communications core, you could miss out on a great opportunity to boost your business by interacting in a smoother, reliable and more effective way with key customers.

There are many competing demands on budgets and time. And it’s all too easy to assume that the dial tone sounds automatically when you pick up a phone. But only by putting communications firmly at the core of your business can you truly keep track of what your customers want and need and help your staff meet those customer needs quickly and effectively every time.