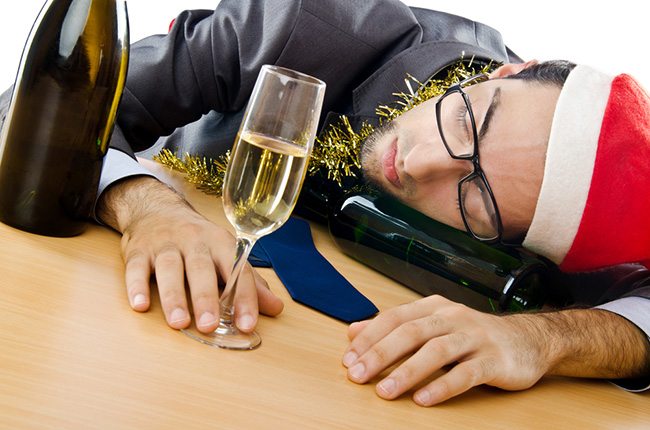 New research has revealed that as many as 9 per cent of Britons have been sacked or faced disciplinary action following their antics at a work Christmas party, and a further 8 per cent have voluntarily left their role in the wake of their own or someone else’s behaviour during the celebrations.

Britons are getting a little bit too carried away at their work Christmas parties it seems, with two thirds admitting to having drunk too much alcohol at a work Christmas do and the majority of these stating that it impacted their behaviour in a negative way.

Next, participants were asked if they had done something embarrassing in front of their boss at a work Christmas party previously, and almost half of respondents said that they had.

What’s more, 4% of the respondents revealed that they had been sacked or disciplined for throwing up on their boss.

Participants were next asked if they had ever voluntarily left a job following a Christmas party (i.e. of their own accord/not prompted or encourage to), and 8% revealed that they had. The top reasons for this were revealed to be ‘kissed/had sex with a colleague and couldn’t face working with them anymore’, ‘acted in a really embarrassing way’ and ‘said something embarrassing to a boss’.

Commenting on the findings of the study Pedram Kordrostami, Founder of www.AfterDrink.com said:

“Christmas work parties are well known for heavy drinking and doing embarrassing things in front of colleagues. It’s important to pace yourself when drinking, especially at work parties, where the results of being too drunk can have serious consequences beyond just dented pride.”