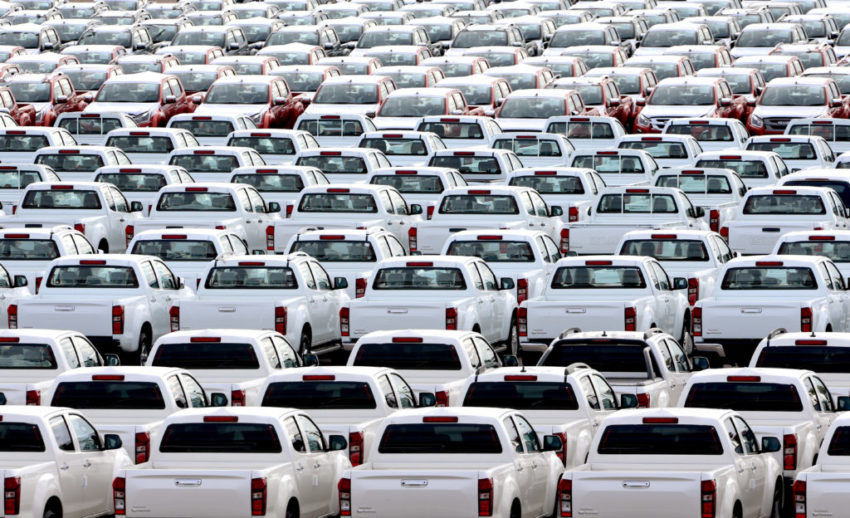 Britain’s economy suffered a slowdown in the three months to October as a contraction in the manufacturing sector and falling car sales dragged on growth, amid continuing Brexit uncertainty.

Over the three months to October, GDP rose 0.4% compared to the previous quarter, according to the Office for National Statistics (ONS).

This compares to 0.6% recorded in the three months to September.

Rolling three-month growth in the manufacturing sector was flat, but month on month it contracted by 0.9%.

The manufacture of motor vehicles fell by 6.6%, due in part to the impact of factory shutdowns – such as at Jaguar Land Rover – and weaker consumer demand for cars.

Head of national accounts at the ONS Rob Kent-Smith said: “GDP growth slowed going into the autumn after a strong summer, with a softening in services sector growth mainly due to a fall in car sales. This was offset by a strong showing from IT and accountancy.

“Manufacturing saw no growth at all in the latest three months, mainly due to a decline in the often-erratic pharmaceutical industry. Construction, while slowing slightly, continued its recent solid performance with growth in housebuilding and infrastructure.”

The lacklustre figures come as Theresa May attempts to gain parliamentary approval for her Brexit deal, which the Government has admitted will act as a further restraint on the economy compared to the UK’s current deal as an EU member.

However, a no-deal Brexit, where Britain crashes out without an exit agreement in March, is widely tipped to plunge the economy into recession.

The ONS figures also show that the economy grew by just 0.1% in October month on month, which marks a slight rebound from flat growth in August and September 2018.

“The marked weakening of the UK economy this autumn is as we expected given the continued high level of uncertainty around Brexit.

“Until this is resolved, the UK economy is likely to remain in the doldrums as businesses will be reluctant to invest and households may also be reluctant to commit to big ticket items like house and car purchases.”

Britain’s goods deficit grew £1.7 billion, mainly due to a £3.6 billion increase in imports, as exports rose by £1.9 billion.

The trade in goods deficit widened £3.1 billion with non-EU countries and narrowed £1.4 billion with the EU in the three months to October.