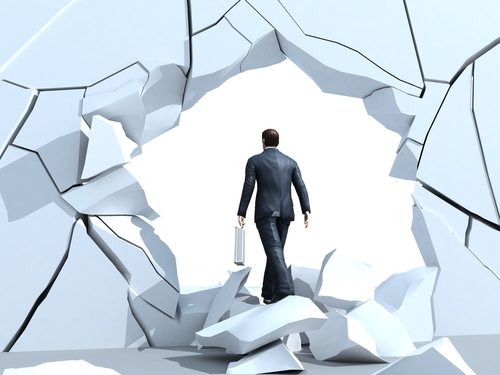 Secret 1 – Be Like Frankenstein
Frankenstein was the fictional scientist who breathed life into his famous monster. Like him, it’s absolutely essential that you give a proper birth to every good idea you have. Once you have an idea write it down or make a note of it. How often have you thought of a fantastic idea, only to forget it a few hours later or the next day? Once it’s recorded, the best way to give your idea protection is to create a prototype or visualisation. By turning the ideas you’ve written down into some kind of initial mock-up, rough sketch or model, this will immediately give your idea a massive boost in power.

Secret 2 – Why You’ll Soon Find Other People’s Sweat Wildly Attractive
Thomas Edison famously said ‘Genius is one percent inspiration and ninety-nine percent perspiration.’ The good news is that it doesn’t have to be your perspiration. Find experts to help you. This will then free you up to have even more ‘inspiration’ and embark upon lots more successful ventures. People who are more talented than you in a certain area will stay with you if: a) you treat them well (both on a human level and also in a business way); and b) you keep making good decisions that ultimately lead them to being fulfilled, recognised and rewarded.

Secret 3 – Treat Your Life Like An Experiment
One neat way to lessen the fear of failure and fool your brain into trying new things – is to think of your life as an ‘experiment’. It immediately reframes everything you do, because experiments never ‘fail’. No matter what happens during the experiment, as long as something does happen, then the experiment is deemed to be a success. And if the results aren’t exactly what you expect, you can always try another experiment, tweaking your method to see if you get the results you’re hoping for. What’s more, the fantastic fact about using ‘experimentation’ in your life is that when you try things, sometimes you get an even better result than you hoped for in the first place.

Secret 4 – Knowledge Is Dead
Due to the phenomenal presence of the internet, knowledge is very easy to find and is, in fact, cheap. The new guy in town is creativity. It’s not simply enough to know something if you want a competitive edge. What’s way more valuable is how you make connections between existing knowledge in order to create something new – and also, how you shout about your creations so that people engage with them. There’s another curious effect the internet has on the dynamic of innovation. When a new idea is launched, because of the way information is now spread so easily, everyone else can instantly see that idea. It’s even more vital for anyone wanting to have any edge at all to constantly keep new ideas coming at a regular and fast pace, because it’s likely any ‘old’ ideas will be copied, tweaked or refined very soon after they’re released. Knowledge is dead.

Secret 6 – ‘F.O.C. It!’
Here’s a useful tool to break down a task so that you can ensure you’ll have the best chance of success. It consists of three points: FOCUS, OPPORTUNITIES and CHOICES. ‘Focus’ is what you choose to spend your time and thoughts on each day. You can ask yourself: ‘What do I currently think about the most?’ and if that gives you an answer relating to something you like, it’s a good idea to move towards it. ‘Opportunities’ are everywhere and you must learn to recognise them. When you’re fortunate enough to be given an opportunity, you must make it count and ensure you perform to your best ability. CHOICES are what happen when you land (or create) more than one opportunity. Then, you can choose which opportunities to take. The luxury of ‘choice’ is something to be treasured and when an opportunity does arise, you should give it considerable thought, because opportunities are your chance to create even more exciting opportunities and ultimately eventually reach the long-term goals you’re shooting for. So now you can use the concept of ‘F.O.C. It’ – to mould your life and the lives of others – and, in fact, you can say to anyone you meet to: ‘GO F.O.C. YOURSELF!

Secret 7 – The Drunk Life
Imagine what you’d be like if you made all your life decisions as if you were drunk. Alcohol makes most people much more fearless, impulsive and spontaneous and these are the traits which can often lead to exciting adventures happening and new achievements being reached. When you’re deciding whether to embark on something new ask yourself: ‘What would I do if I was drunk right now? This makes you focus on whether you, or your demons, are in control – and whether those demons are making you just a little bit too inhibited, or stopping you from doing something you should just simply have a go at making happen. So, maybe if you were to start to live life like you’re drunk, but without the actual drinking, incredible adventures and even more success – might follow. Perhaps we all just need a bit more bottle.

Secret 8 – The Only Thing Men Do Better Than Women
There’s a fine art that’s very helpful for getting anything you desire and it’s something men seem to do more than women. And that’s probably because it’s slightly vulgar behaviour! It is the fine art of self-promotion. In order to succeed in whatever you want to do, it’s often vital that you sell yourself and maximise the potential you have, not only so that people can be aware of what you’re doing (and either engage with it or pay for it), but also so that you can persuade others who can help you on your path to success to team up with you. Self-promotion shouldn’t be about ‘arrogance’, it’s about focusing on what you do well and then communicating that you have these skills to others – and using those skills with 150% conviction.

Secret 9 – How To Find Dozens Of The Experts In One Place
When I want to find someone brilliant to work with, I visit a trade fair. There you’ll find tons of brilliant people all under one roof who all have expertise in an area you’re interested in. Make it your goal to get business cards that allow you to contact companies at a later date. Then, around two weeks after the trade fair (when the company will have dealt with a lot of the orders and meetings arising from the fair), email or call them and explain where you met. By mentioning you crossed paths at the recent trade fair, it marks you out as being a little more serious about their area of expertise, an insider almost, and not just another random cold call. Then, you can enquire whether they ever work with partners – and if they do – and are interested in meeting you, arrange a date to visit them at their premises. Once there, you can then pitch your ideas to them, and see if they’ll partner with you. Your ideas, coupled with the experience and talents of passionate experts can make anything happen.

Secret 10 – Failing Upwards
Conventional wisdom says that mistakes are ‘bad’ and should be avoided at all cost. Well, that stops now. ‘Mistakes are great!’ Failing is something to strive for – and ideally, we must all learn to want to fail. I’d like to try and plant a seed in your mind so that you’ll begin to actively chase the process of making mistakes, because only then will you know you’re on the road to success. Of course, if you’re a heart surgeon, this wisdom has a slightly different resonance – I’m not advocating you aim to make lots of mistakes in your day-to-day work (we don’t want anyone to die now, do we!) – but the principle still stands. Even the pioneers of heart surgery must have tried surgery on animal hearts (and even some live, human hearts) before they got it exactly right. The important fact to remember is that no progress is made unless new ideas are tried – and mistakes are made.

BONUS SECRET – ‘Negnets’ And How To Avoid Them
There are certain people you should avoid when you’re beginning to create something new. I call them ‘Negnets’. These people are like magnets for negative energy, hence ‘negative magnets’ or ‘Negnets’ for short. We all know characters like this, who seem to both collect and also emanate, negative energy – and it’s powerfully sticky. It can severely hamper your progress, or sometimes, even stop you from reaching your goal. A Negnet is the sort of person who might say ‘That’s an awful idea’ or ‘That’ll never work’. So, when you’re trying to get an idea off the ground try to avoid talking to these Negnets about your ideas or goals, especially right at the start when the idea is just a concept in your head. At this point, your idea is way, way too fragile and you can’t risk it being shattered by some flippant remark, disapproving look or discouraging comment.