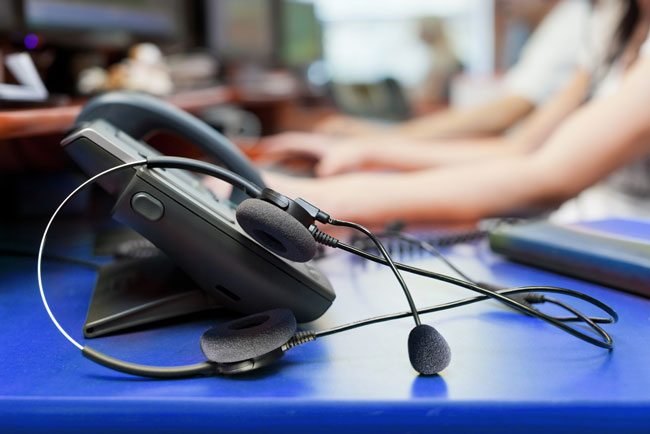 Cold Calling Mistake No 1 – Not Having The Right Details

This is something that most people are guilty of – especially when it comes to the colder type of calls. They don’t have the right details for the person they’re calling. The absolute minimum you should have is the person’s name, company name and telephone number. Their website address is also useful so you can do some research beforehand if necessary and job title so you can think about what they are likely to be interested in.

Notice above I said ‘details’ not ‘data’. That’s because most people consider that ‘bad data’ is someone else’s fault. However, not having all the ‘details’ is the salesperson’s fault! In my opinion, if the salesperson doesn’t have the right details, it’s up to them to do something about it, not just complain about ‘bad data’.

And if you don’t even have the NAME of the person you’re about to call, Empty Notebook Pagemake sure you make a separate call to get the right information! Nothing shows a lack of credibility to a gatekeeper faster than asking something like ‘can you put me through to the person who deals with your ….’

Another common mistake most people make is not being prepared enough. I’ve observed a manager or team leader start a calling session, only for some people to still be looking for their list of people to call, their questions they’re supposed to ask, or their diaries to book their appointments into! Bizarre.

And for all those people who are feeling smug and saying to themselves ‘I don’t have to worry about my diary because it’s on my phone’, here’s a wake-up call. If the diary is on the phone you are using to make the call, then that’s also a lack of preparation! Unless of course, you’ve noted down dates and times for possible appointments beforehand!

In my opinion, you should NEVER start to close for an appointment without having a few options on times and dates for that appointment to hand. Otherwise, while you search for your diary, or try and search through your phone while you’re talking to someone you’ll sound confused, less confident, less credible and it may well affect your chances of getting that appointment.

Cold Calling Mistake No No 3 – Being Too Nice

Another common cold calling mistake some people make is to be too nice on the call. I wrote a longer article about this topic previously, that you can see at this link

Now some people will disagree with me here. They would be the people that think, or have been told, that it’s important to develop rapport on the phone. I would totally agree that developing rapport is essential, but being too nice actually in most circumstances can LOSE you rapport, rather than gain it!

If you’re making a business-to-business cold call, into a decision maker in an organisation, in the main they’re going to be of senior manager or director level and probably time poor. This means, generally speaking, that their communication style is going to be quite pragmatic.

Therefore, you need to match their pragmatism in order to get rapport, respect and get them thinking you’re someone they can do business with! If you’re too ‘nice’, it runs the risk of them potentially seeing you as weak, pathetic and junior!

Cold Calling Mistake No 4 – Not Being Resilient Enough

Let’s face it – if you’re going to cold call, you’re going to get rejection. However the majority of people making business-to-business phone calls aren’t resilient enough.

You have to have a certainly amount of resilience to be in sales to cope with the ‘knockbacks’. It’s even more important in cold calling, where you’re going to get more rejection than ever! Do you or your team fall over at the first objection? At the first bad call? Or are you resilient enough to carry on and get results from your calls?

Cold Calling Mistake No 5 – Not Keeping Your Outcome In Mind

Far too many people make the mistake of not keeping their outcome in mind when they’re on the call. In the majority of cases, there will be an outcome, a purpose or an objective for the call, but all too often it gets forgotten whilst the call is in progress!

I’ve heard countless calls where the person making the call has got caught up in a technical discussion about their product or service that has resulted in the call having a poor result for them at the end. After the call has finished, I’ve asked them ‘what was your outcome or objective on that call?’, only to be told that their objective was to get a meeting! When I’ve then asked ‘so why on earth did you get caught up in a technical discussion about the product?’ – the normal response I get is something like ‘I’m not sure. It just happened.’

It didn’t ‘just happen’. They got caught up in the call and forgot their outcome. Therefore the person they were talking to wasn’t sure of the point of the call, gave some objections to the product, and the call ended up in ‘no result’. Not a great outcome for the caller, was it?

Cold Calling Mistake No 6 – Losing Control Of The Conversation

Another big mistake most people make when cold calling is to lose control of the conversation. This is one of the biggest reasons why people’s cold calling sessions don’t achieve the results they should.

The most effective way to control the conversation is through good questions. The problem is, the average salesperson is ‘average’ in terms of their questioning ability, at best! The ability to ask good questions and then ‘feed’ off the answers is a much-underrated sales ability. The top salespeople use this ability to control the conversation and get the results THEY want. The average salesperson gets controlled by the customer and wonders why they don’t make as many appointments or as many sales as their colleagues!

Okay, so the above 6 mistakes were important, and this one is probably THE most important of all. The majority of salespeople fail to get any kind of commitment from their clients, and this is very much true when they’re cold calling as well.

The more commitment you can gain from a client, the more likely the ‘next steps’ you have proposed will happen. Fail to gain commitment and be prepared for the client to ‘forget’ the appointment, not do what you asked, or fall into an endless loop of call-backs where they keep saying ‘I haven’t had time to look at it yet’. Sound familiar?