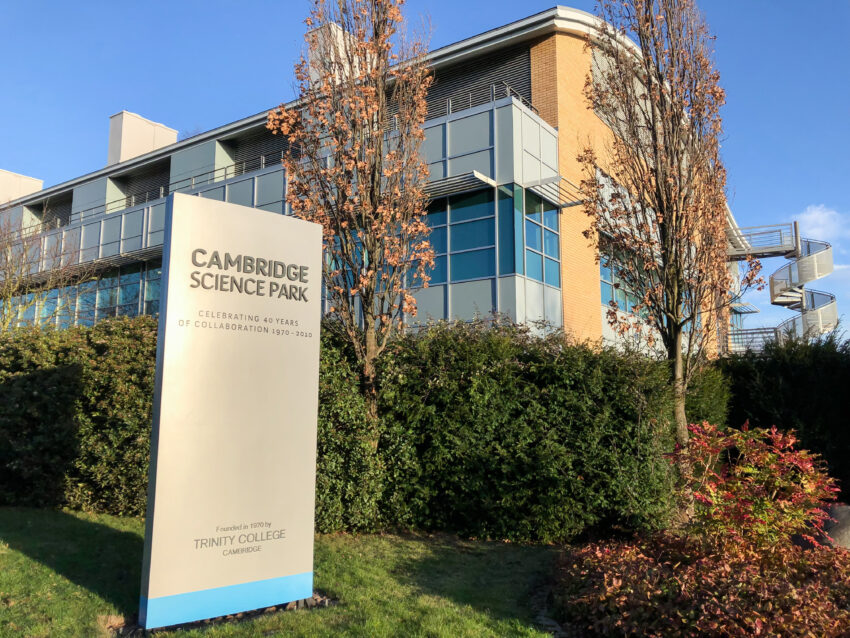 One of America’s largest investment companies is planning to invest £850 million to create new life sciences laboratory and office space in Cambridge, supporting up to 2,700 new jobs.

Blackstone is acquiring two sites in the university city, one of Britain’s industry hubs, to create about 800,000 sq ft of space and to address a lack of available capacity in the booming sector.

Stephen Schwarzman, chairman and chief executive of Blackstone, writing in The Times today said Cambridge is at the heart of the UK’s life sciences sector with more labs than anywhere else in the country “but as things stand, even Cambridge has no new space available — every single facility is either occupied or under offer”.

The investment, via Blackstone’s BioMed Realty company, has been announced as Boris Johnson hosts a reception in New York today for the bosses of leading American investors and companies. They include the heads of Goldman Sachs, the New York Stock Exchange, Bank of America and Pfizer, the drugs company, in addition to Schwarzman.

The investment comes amid surging interest in Britain’s life sciences, one of the country’s leading sectors, which has generated increased interest since the pandemic. It produces about £80 billion in revenue a year and employs more than 250,000 people.

The BioIndustry Association has said the sector is on the cusp of a “golden age”, driven by strong demand from global investors, with recent figures showing almost £1.6 billion invested in the three months to May, the highest total amount recorded for a quarter since the trade association began recording data in 2012. It means £2.4 billion has been raised this year, compared to £2.8 billion in 2020, which itself was a record year for investment.

More than $100 billion in venture capital has been raised this year for the life sciences sector globally, separate figures sourced by JLL, the property agency, show, compared with $96 billion last year and $63 billion in 2019. It has sent the values of life sciences labs, offices and campuses sharply higher.

The “golden triangle” between London, Oxford and Cambridge is a particular attraction for investors in life sciences. Of the seven funding rounds in the UK this year greater than £50 million, all but one company are based in the area, JLL found.

Brookfield Asset Management paid £714 million in June for a portfolio of life science sites in the golden triangle from the real estate equity arm of TPG, the American private equity firm. Meanwhile, Magdalen College, Oxford, is looking to sell a 40 per cent stake in Oxford Science Park for about £100 million, only five years after buying back half of the site for £18.1 million.

GlaxoSmithKline, one of Britain’s largest drug companies, is seeking a development partner to help transform land at its 92-acre research and development site in Stevenage into one of Europe’s largest clusters for life science companies. Glaxo has said the project could unlock up to £400 million of investment from a private-sector developer and potentially create up to 5,000 highly skilled jobs over the next five to ten years.

Ministers have been pursuing investment in the sector from the Middle East.

The government signed a five-year sovereign investment partnership in March with the United Arab Emirates with an initial pledge that Mubadala, Abu Dhabi’s state fund, would invest £800 million in the sector.

Schwarzman, 74, said that “if Britain is to foster a new golden era for life sciences, we must ensure that the brilliant scientists across the country have the funding and labs they need to conduct their research, and that innovative companies have the space to set up, grow and maintain their businesses”.

Blackstone has acquired a 15-acre site for a planned Cambridge International Technology Park and 27-acre plot at its Granta Park near Cambridge, where some of the world’s largest life sciences companies and research organisations have sites, including AstraZeneca and Cancer Research UK.

Boris Johnson said he will “hail” the trading relationship between the UK and US at the reception today.

The US is the UK’s largest single trading partner, with total trade reaching £196.3 billion in 2020.

Johnson said it was “no surprise that when American companies look to expand and collaborate internationally they so often look to the UK, and vice versa.

“Every American dollar spent in the UK is creating jobs around the country and boosting the UK’s reputation in crucial and highly skilled areas like health and scientific research.”