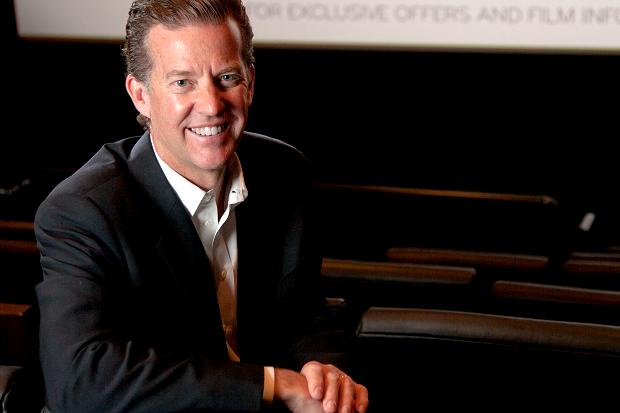 To many people, it’s the dream job. Working as a senior executive at Warner Bros, Tim Richards was able to wander out from the corner office (manned by two assistants) at lunchtime, and watch the latest sitcom or film being shot, before going to a Hollywood party and then being whisked off, first class, to the next event. Office based roles don’t come more glamorous.

“The trappings of a   studio office are second to none,” concedes Richards. “But I realised it   didn’t interest me. I’m a third generation entrepreneur and I wanted to do something, to build something that I could be really proud of.”

Sensing that Warner Bros were losing their way and were alienating parts of their market, Richards saw an opportunity to do better. In 1998, he formed his own company, SBC, above a shop in Chiswick. The company set up six cinemas but the big break came when, with founding partners Boston Ventures, and Legal & General and Clerity Partners, Richards made a successful bid for the Warner Village UK circuit.

So began Vue cinemas, which with 62 sites and plans for 20 more, now claims 20 per cent market share. Not bad for a start-up, launching into an established market, brushing up against some formidable players.

Richards, however, is quick to state that the plaudits should not be his alone. He enticed four people from UCI and Warner to help set up the business, offering each of them a share. And each has proved essential.

Staff are key
“The company is those key people, full stop,” explains Richards.  “I had a very, very specific idea of who I wanted for every position. Some of them accepted just so that I would stop bothering them,” he quips. “I wanted to get the very best in the industry. In some cases it took years, and others it was quicker, but I was very fortunate to get such a great team.”

Richards believes that people who invest in assets rather than quality of management or staff have missed the point. His belief is that making people feel valued will in turn add significant value to a company.

His advice is to put together an appropriate equity or similar plan that incentivises people and encourages them to think as closely as possible to an entrepreneur. “You don’t need to own a lot of equity. You just need to know that if your particular input is making a difference, you will be rewarded.” But beyond financial incentives, people need to feel involved. “Every survey I’ve ever seen asking people why they leave a job, money is normally down there at number five or six,” says Richards.

And Vue certainly aims to go places. The company has differentiated itself from the competition by making use of digital technology to move away from venues that show films into self-styled entertainment destinations. “Part of our goal is to change people’s perceptions of cinemas,” explains Richards. They are not just a venue to go to to watch a film. We want people to think of them as entertainment centres, where you can take your kids along and play video games on a 40 foot screen, or watch football games in 3D”.

Cutting edge
True to its word, the company was the first to broadcast a live (Genesis) concert via HD satellite feed to 44 Vue cinemas. World Cup football, Grand Prix racing and live comedy have similarly been fed through, capitalising on the fact that, as Richards says, “a cinema is a perfect sound stage.”

The latest in the chain, Vue Hull, which opened in December 2007, is the first new build fully digital multiplex in Europe. A huge server will allow 100 movies to be stored at any one time, ranging from limited releases to digital 3D.

Aside from the benefits brought by   digital technology, the venue also offers an alternative customer seating experience, providing beanbags, sofa pods and superior seating (leather seats and extra leg room), and a foyer that allows visitors to sip at a licensed bar, sup at Ben Jerry’s refreshment stall or just watch the world go by from their comfortable seats – something for everyone in tomorrow’s world of screen entertainment.

Control
In June 2006, Richards and his senior executives bought out Vue’s three backers for £350m, with the support of HBOS. Members of the original management team, who have now increased their shareholding to 51 per cent, should be extremely pleased with a business that has recorded operating profits of £12.1m on sales of £180m.

Reflecting on the first eight years, Richards comments, “We never lost the vision of where we wanted to go with it, or the confidence. But there were times when you’d wake up in the middle of the night thinking “oh shit.” Not surprising when, as he explains, “I had my whole net worth, my house, my work permit – everything – on the line. It does focus you. But after the exit, and when people were for the first time able to be financially rewarded for the risks they’d taken, nobody left because everybody loves what they do. I had a couple of execs who actually wanted to put more money in rather than take it out.”

The future
Richards still sees “massive” potential going forward, both with the realisation of the potential of digital technology and growth into new European markets. The US, however, is a no-go area.

“None of us want to be in long haul flights,” explains Richards. “Between Warner Bros, Paramount and Universal, I spent ten years travelling internationally. I realised pretty quickly that assets cannot be managed from a distance – you have to be close. Otherwise, either your assets or your personal life will   suffer. Something has to give.” And that’s not a risk that Richards needs or is prepared to take any more.