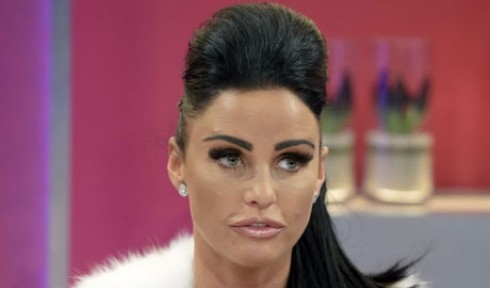 Price is the director of Jordan Trading limited and KDC Trading limited which are worth an estimated £1.25 million. Despite all her recent personal dramas, her companies both have strong credit scores and are regarded as being of ‘good creditworthiness.’
She tops a list of businesswomen with links to Dragons and royalty, as she is followed in the rankings by entrepreneur Hilary Devey, the newest member of the BBC’s Dragon’s Den and the future King’s mother-in-law to be Carole Middleton.
The Apprentice’s Lord Sugar leaves Duncan Bannatyne, Simon Cowell and Richard Branson trailing in his wake in the list of most searched male company directors in the last year.
David Beckham at number eight in the rankings is currently listed as a director of seven active trading companies including a number of film investment vehicles such as Ingenious Film Partners 2 LLP.
Wayne Rooney ninth in the rankings of most searched male directors is also ‘striking’ out as a businessman and investor with investments in the film world such as the Invicta Film Partnership.
Gordon Ramsey, whose business empire has suffered very public tribulations in the last year, sits in number 13 at the rankings, as companies continue to check whether he represents a good credit risk.
Top five most searched male company directors
Top five most searched female company directors
David Knowles, Business Development Director at Creditsafe, said: “The power of celebrity is increasingly pervasive in the business world and the lines are becoming increasingly blurred with Richard Branson, Lord Sugar and the Dragons of the Den becoming media stars in their own right.  Sports stars such as David Beckham and Wayne Rooney are savvy businessmen, investing in tax efficient  operations and actively engaging in the financial world.”
Main picture © ITV Productions