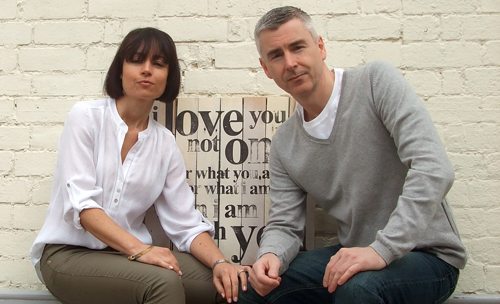 Entrepreneur
Well I guess it has to be my parents. My mum started on a Saturday market stall & they ended up working together growing the business to four shops & a factory. They sold the business & took early retirement. I think I have passion, but I’m not sure I’d have stood in the depths of winter on an outdoor market stall.

Favourite Book
The book that has had the most impact is ‘A Traveller on Horseback’ by Christina Dodwell, which I read as young girl (& still have that well-worn book). Very inspiring & made me realise that anything was possible if you were passionate enough. I practically inhaled any travel book after that (Eric Newby, Robin Hanbuy-Tenison, Redmond O’Hanlon) & have travelled extensively to some pretty remote places. As a teenager I fell in love with Ranulph Fiennes & Mark Shand (still heroes of mine to this day). I’ve been privileged to have met both of them; became totally tongue-tied, which is rather annoying.

Music/Band
Mark & I recently married & the song that I walked down the aisle too was ‘Song To The Siren’ sung by the Cocteau Twins’ Elizabeth Fraser. Very haunting & makes me go goose-bumpy every time I hear it. It’s a rather morbid song & not what you’d expect to hear at a wedding, which is perfect.

Fave Film
Elf. I thought it was the most stupid film when I was first made to watch it by our kids. But now it’s become a family Christmas tradition & I can’t think of any other film that I’d watch annually that gets me in the Christmas mood. I now look forward to the Sunday afternoon snuggled up on the sofa with our three kids & being entertained by Will Ferrell. We all go ‘ewwww’ at the bit where he picks pre-chewed gum off of railings & shoves them into his mouth or pours maple syrup over his spaghetti.

TV Show
The Sopranos. I’ve just finished watching the entire box set & feel slightly bereft they will no longer be part of my life. I don’t really watch TV, although if Dragon’s Den was on every night that would please me. I get bored very quickly & can’t abide presenters filling you in time-after-time with what you’ve just seen before the advert break. I hate adverts. So I’m much happier to wait until a series has ended & I’ve read all the reviews & get the box-set.

Advice
Use social media to shout about your business. It’s free & dead easy to use. We launched Coulson Macleod without any investment whatsoever, we had no money to spend on marketing & yet, just three years later, now sell to customers & have stockists around the world. I don’t have any marketing qualifications, so if I can do it, so can you.”