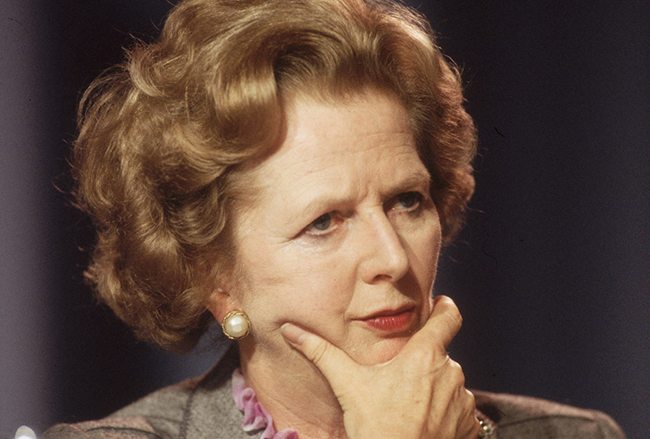 I first heard of Mrs Thatcher, as she was then known , in or around 1970 when I was about seventeen, it was the time she was elected as Education Minister in Ted Heath’s government so was responsible for stopping school milk, which resulted in her being labelled by the left, “Thatcher the Milk Snatcher” which seemed a bit strong to me as a young person just starting out in business because I knew for a fact from my time as a school milk monitor that most of the milk in my school was either thrown away later in the day or used by kids to throw over each other in an attempt to stain their school uniform and get someone else into trouble.

It was Lady Thatcher’s determination and focus that really stood out for me, my Mother and Father were both loosely labour supporters, not because they were politically driven but because they were working class and so believed that they should vote labour.

For that reason I don’t come at this from any political angle and am looking at it from the perspective of an entrepreneur & businessman who grew up on a rough council estate and who fully understands both sides of the coin.

When Thatcher first came to power my brother in law was a shop steward at a British Leyland that was beset by strikes. He was a die-hard socialist and was initially firmly against many of Margaret Thatcher’s policies, however as the years went by he became a Thatcherite as did many of his contemporaries in the union movement, together with a huge number of council house tenants who felt that for the first time someone fully understood their aspirations rather than just trying to address the symptom of never ending poverty and neglect.

What I mean by this is that Thatcher recognised that raising benefits, as an example, was just treating a symptom rather than creating a cure to joblessness. Creating jobs for an aspiring working class were what sustained her in power for nearly twelve years rather than the old Tory Public school brigade who often treated her as the outsider she clearly was.

If you look at the facts it’s was in fact the Tory old guard that got rid of her rather than the electorate. History records that she was never defeated in a general election.

I firmly believe in social enterprise and supporting the genuinely less well-off and understand why many people didn’t like Thatcher but it needs to be remembered where the Country was in the years before her. Mass unemployment on a scale not seen since the thirties, a three day week that neither of the major parties had a clue what to do about and a few big unions controlling many aspects of life for the general population of over sixty million when they only represented a few hundred thousand.

Whichever political party is in power, providing they got there by democratic means I support them. Democratic means free elections for the whole country and not a small group who then use their key worker status to create mayhem until they get what they want.

Many of today’s entrepreneurs come from backgrounds just like me, embedded in true working class ethics of a proper days pay for a proper days work.

I am all for more money for pensioners, NHS staff, teachers and other public servants and am particularly concerned about the welfare of our truly unemployed and even more so our long term disabled but the money has to come from somewhere and this means from the private sector.

Free up our private sector so that we can produce the jobs and wealth our country needs, don’t bog us down in relentless regulation and endless paperwork, allow us to get on with creating wealth and we will do it.

We need people and the media to stop rejoicing in our failures and start praising our successes, of which there are many. Just look at the life changing inventions that have been created by British entrepreneurs, the Internet for one, invented by Sir Tim Berners-Lee who follows a tradition of British inventors of such things as the small pox vaccine, the postage stamp, the television, radar and DNA fingerprinting.

We are an amazing nation of entrepreneurs and inventors and the mother of democracy so let’s stop running ourselves down and saying the nation is going to the dogs! No it isn’t, unless that is The Isle of Dogs of course where another of our great successes took place in 2012 – the Olympics.