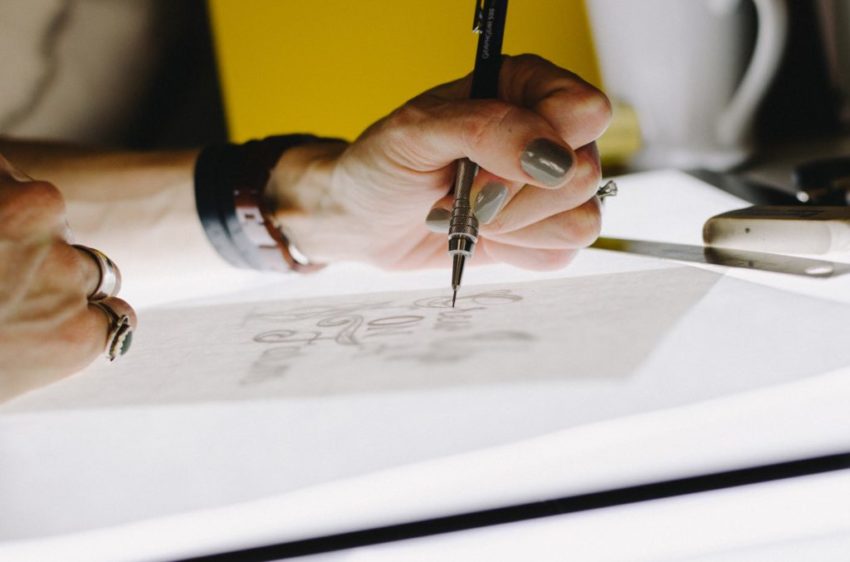 As a quick Google search can show you, there’s a lot of people out there that are interested in user experience design (UX) for web and software development.

Recent developments such as the rise of smartphones and the popularization of social networking have put that notion at the center stage, marking an important turning point for the way products are created.

In fact, that shift was so massive that there are now developers, institutions, and outsourcing services specialized in UX. Yet, there still is a certain level of confusion among people as to what UX actually means. The confusion is often deepened when that same people learn about the areas of design currently being used, especially when they hear terms like “interaction design.”

So, since UX has become so relevant in today’s development world, let’s clarify some notions around it and see the difference it has with another well-known notion. First, it’s important to define both concepts.

This is the process that focuses on the entire experience between the user and a particular product. This means that it’s a very comprehensive task that goes way beyond the interface and how a user has to interact with it. In fact, UX is about how the software looks and feels for the user.

This provides a broad context for a UX designer to work with, as they have to deal with everything from market data and human psychology to business strategy and marketing. The ultimate goal of UX is to give a pleasant experience to the end-users, so they keep coming back to use the product and turn it into a part of their everyday lives.

What is Interaction Design?

This is the discipline that analyzes the interaction between a system and its users that happens through an interface. It’s a more precise task than UX, as ID focuses on how the information on an interface should be presented to the user. As such, interaction designers often work with prototypes, blueprints, and wireframes that define how the different elements of the interface are interconnected, based on the logic of the intended interaction.

Though ID can also work along the lines of persuasive design and information design, it’s a far more limited approach to design when compared to UX. The goal of ID is to provide “an interactivity flow”, that is, to imagine how all interface elements are connected to form a usable product.

So, what’s the difference between Interaction Design and UX Design?

It’s alright if you’re still feeling a little bit confused, even after reading the definition for both processes. That’s because UX Design encompasses Interaction Design, so to speak. Interaction designers and software outsourcing companies focused on it can really benefit from the insights and suggestions provided by UX research. In fact, there can’t be a successful user experience without a good interaction design. If a product isn’t usable, it can’t provide a satisfying experience. It’s as simple as that.

An example can further clarify things around these notions. Let’s say you’re browsing through a website and want to write to the owners. You’d look for a button on the menu or a CTA that’s close by. If the interaction designer did their job right, then you’d find that quickly, follow through it to find some sort of contact form. The interaction design team was the one that provided that flow that took you quickly and effortlessly from point A to point B.

Now, let’s say that when you press that contact button, you’re taken to the contact form BUT the form is way too complex, asks too many things, and fails to load properly. That’s an issue originated in the UX design team. The flow was right since you got to where you wanted. Yet, the experience was frustrating.

Here’s another nice analogy that can help you understand the difference between UX Design and Interaction Design. Think of the product as a building that’s being considered for construction. The UX designer will consider the neighborhood, the access to education and public transport, the streets that will be around it, the demographics of the surrounding areas, the available services, and so on.

The Interaction Designer will take all of that data to build an informed blueprint for the building. Maybe that data helps them decide which side of the building is best to place the front door or how to build the inside to ensure that water is provided evenly in all departments and rooms. In other words, the interaction designer will use the data to decide the best course of action when creating the building.

The fact that ID is part of UX design doesn’t mean that it can be understood as interchangeable notions. Also, the existence of designers that offer both services doesn’t mean they are the same process. In reality, not every UX designer is a good interaction designer—and vice versa.

What’s important to keep in mind is that all products can greatly benefit from experts in both processes. People are increasingly judging products according to their ability to deliver satisfactory experiences. And since that’s not possible without usability, having both UX and interaction designers in the development team is becoming a must.

That’s even truer if you consider that there are new technologies opening up new possibilities in the field of experience. Virtual Reality, voice-activated devices, gadgets based on movements – all of them invite us to challenge what we already know about how we interact with the technology around us (and what we understand as a satisfactory experience).

Moving forward, the need to hire in-house experts or outsource development to teams with the right designers to work on these aspects won’t just be more evident—it’ll be essential.