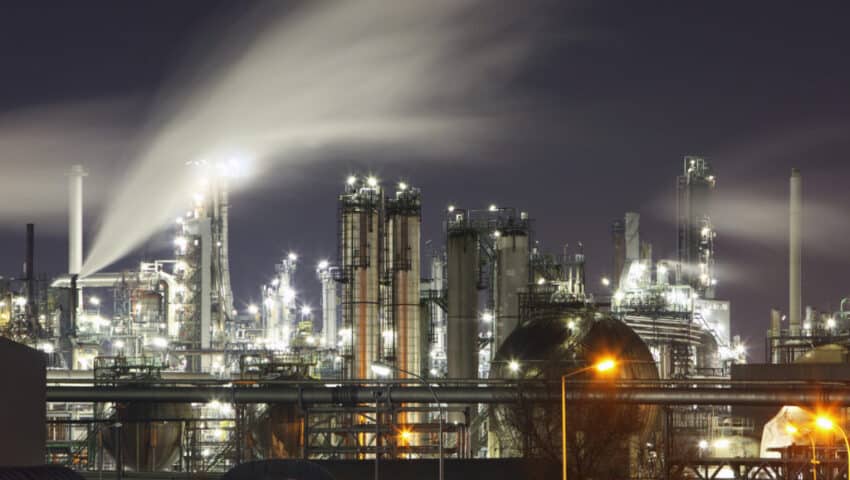 Back in the 1970s, when we still had coal and no European Union, British companies worried about the impact of gas and electricity prices on their ability to compete.

As we leave the European Union, we have to compete in that wider world once again, but fuel prices have doubled in the last decade alone. That is not a good outlook.

Returning to the 1970s for a moment, manufacturing had most to lose. Office-based businesses used far less electricity and had little to fear. Today that is simply not the case: white collar operations are heavily dependent on power-consuming appliances and therefore face increasing competition from service industries based in countries where energy and property prices are lower.

There is little prospect of business gas suppliers and business energy suppliers rushing to our rescue by cutting prices. Both industries have become heavily dependent on imports over which we have no control. Some “green” alternatives including wind turbines and solar panels don’t look quite so green when you factor the costs of their importation, installation and disposal. Nor their dependence on uncertain subsidies and expensive nuclear energy to bridge supply gaps.

Fortunately, there are two things that businesses can do to lower their overheads and protect their competitiveness.

Reduce your energy use with technology

The second thing we can do is to reduce our dependence on energy. We waste so much energy that the potential for saving some, without suffering, is often staggering. Cutting waste is by far the most practical approach but difficult for a business to achieve without using new technologies in one form or another. Those technologies include new insulation materials, heat exchangers, smart devices, greener light bulbs and motion sensors.

Take the heat exchanger as an example. Smart and eco-friendly technology is certainly desired in order to minimize maintenance costs and maximize efficiency. Prior to the solution, it is critical to recognize that water with high TDS or other impurities can deposit on the internal surfaces of the heat exchanger. This can reduce its flow. Therefore, proper water treatment is one of the effective ways to reduce the energy use of heat exchangers.

We are not going to advocate wind turbines, solar panels or biomass generators for two reasons; they are neither affordable for most small businesses nor deliver significant long-term benefits. Wind turbines require a lot of space, and space costs money. Small generators are rarely as efficient as big ones and bring noise and maintenance problems. Most solar panels installed so far are inefficient, short-lived and dependent on subsidies. In short, trying to compete with business energy suppliers is not a sensible strategy.

Energy frugality is the way to go – both for your business and the planet. We don’t need new ways to generate it, we need to stop wasting it.

Ensure that business electricity suppliers and gas suppliers compete to deliver us the best possible prices. We can do that by making it a routine to compare business energy prices and change supplier often if necessary. The more competitive we make their market, the more motivated they are to reduce fuel prices.

To ensure you compare prices on a regular basis: schedule a twice yearly review into the company diary. “Like phone companies and mortgage lenders, rates can be lower for new customers than loyal ones so why do we let them take advantage of us?” Shailesh Ramani at freepricecompare.com.

Before a business electricity comparison can be conducted accurately, it is sensible to perform an audit of how your business is using energy. This is also an important opportunity to explore other ways to save on those bills.

It is important to underline the fact that conducting a comparison only delivers significant long-term benefits to your bottom line when you support it with careful audits of how and where you are using your gas and electricity.

By “smarter” we mean using equipment that looks after your bills automatically. Believe it or not, the first thermostat was invented in 1620 to regulate temperature in an egg incubator, so it is hardly a new idea. However, we now have devices that can be programmed or even driven by Artificial Intelligence. Using the Internet of Things (IoT) you can monitor electrical devices in your factory or office from the other side of the world if you want to – just with your mobile phone. By installing motion and activity sensors, your system can power down lighting, computers and other machinery when there is nobody around to use it.

A lot of modern devices steal electricity even when they seem to be switched off. You can buy plugs and plug boards that detect this “phantom energy” consumption and cut the power entirely.

Many people, and businesses, don’t know the difference between LED and CFL lightbulbs. LED are more expensive initially but more efficient and longer lasting. Switching can deliver significant long-term savings.

In summary, if you fit smarter appliances, audit your energy use at Business Energy UK and compare business electricity prices routinely, you can protect both your business and the planet at the same time.