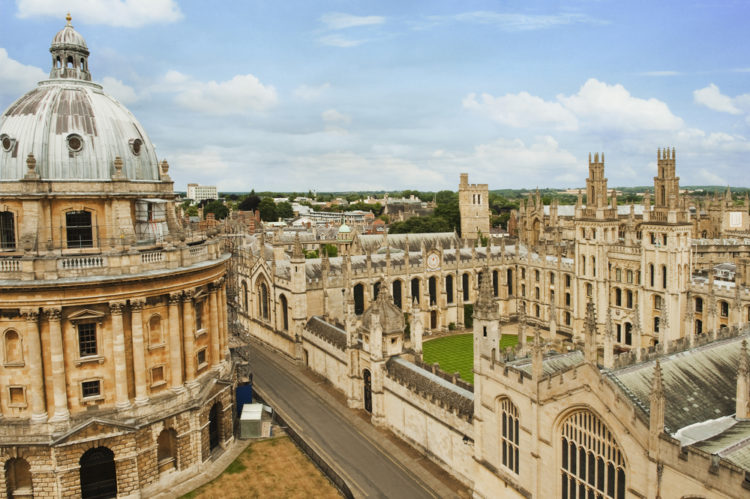 The United Kingdom tends to have one of the best education systems in the world. With the number of students enrolling in various courses, including Brits and other foreigners, British universities thrive.

In the UK, academic institutions differ from American ones. While the latter often lacks time to answer students’ questions, making them use the Internet and type, “write my paper for me,” British universities are student-oriented, and educators are always ready to lend learners a helping hand. Here are the top five institutions for students in the UK.

The University of Oxford is one of the oldest and most reputable academic institutions in the globe. Oxford University attracts many students and scholars annually, opening the doors to its numerous departments. An application process depends on a major, but it is usually highly competitive. On average, the University ratio is five students for one place. The Institution offers a wide array of courses. Many are joint honors programs, a typical pattern for English universities.

Usually, students live on campus; the University provides plenty of places in its dormitories and college-owned accommodation. However, considering the rising demand for students, some attendees have to rent private rooms close to their departments.

Oxford University is known for its massive libraries and learning materials. It has over 100 libraries scattered around the city to allow people to get the necessary knowledge regardless of their physical location. Besides, the Institution has been nurturing and taking utmost care of its oldest library, Bodleian, constructed in 1602.

Also, the Institution has several museums, among which are the Museum of the History of Science and the Oxford University Museum of Natural History.

Likewise, the University of Cambridge is one of the oldest educational institutions in the United Kingdom. Located in proximity to London (an hour from the capital), it allows students to pay frequent visits to The Big Smoke. Cambridge University accumulates over 28,000 people, of which 19,000 are students, and 9,000 are teaching staff and other personnel. The University has over 30 colleges and 100 departments. Many buildings are over 700 years old, letting students feel grandeur, noble, and motivated to study.

There is a tough rivalry among candidates. The University of Cambridge pays close attention to every application, accepting only the most talented entrants. Therefore, the overall acceptance rate is under 25 percent. Although Cambridge University follows traditions, it is also advancing rapidly. The Institution focuses on individual or intimate teaching, keeping a student-to-teacher ratio low.

Imperial College in London is widely known for its unique curricula in Science, business, Medicine, Engineering, and Technology. The history of the Imperial College is splendid; in 1907, it was merged with three schools in London. It had made its name and became an excellent institution teaching Formal Sciences, Medicine, and Business during the years. As for now, Imperial College has 17,000 students, of which a decent part is international, and 8,000 staff.

Imperial College has plenty of medalists and Nobel prizewinners; it aims to hold its position as one of the best educational institutions in the UK and worldwide. Moreover, it provides stellar opportunities for researchers with its innovative facilities and sufficient funding.

University College London is a complete breakthrough when it comes to English education. UCL was the first to demolish a common set of eligibility criteria for students – religion, class, and race. UCL is now among the most chosen academic institutions. Admissions are competitive, and applicants usually have to score A-level grades to ensure they are accepted. The most often selected degrees are Bachelor in Economics, Philosophy, and Politics, which has over 30 candidates per place.

University College London has over half of its students coming from outside the UK. Predominantly, international students are from Asia, then from Europe.

London School of Economics and Political Science has over 70 percent of international students. The LSE is mainly known for its strong Economics, Law, Philosophy, History, and Politics courses. The LSE has an exclusive approach toward subjects, which oftentimes makes academics argue with other famous theorists concerning various aspects. Notably, though, over 25 percent of all Nobel prizes for economics were awarded to people that studied at or were affiliated with the LSE.

It is incredibly challenging to get into the LSE. Typically, applicants must have A grades, and even this doesn’t guarantee they will be accepted. An acceptance rate for in-demand courses ranges between 7 and 9 percent.