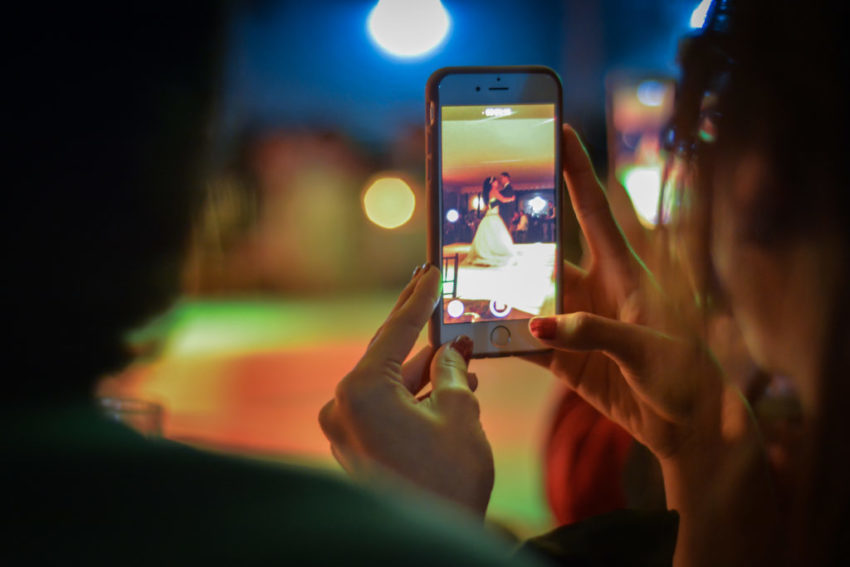 The rise of smartphones over the past decade is the most important technological trend since the spread of the internet in the 1990s.

Today, an estimated 85% of British citizens own smartphones. In addition, there are more than 2.71 billion smartphone users worldwide, equating to35% of the global population.

Widespread adoption of smartphones is one reason why annual global revenue for these devices is predicted to reach $522 billion in 2019. Just as importantly, the smartphone market is not limited to device manufacturers. The mobile application market earns more than $365 billion a year in revenue as well. That’s one reason why British companies are spending millions to hire software developers and build custom applications.

A Brief History of Smartphones

The smartphone has had a dramatic impact on human lives in its short time in existence. It untethered people from the hard phone line, enables anyone to access the internet on the go, and has transformed the way that humans interact with technology.

The first precursor to this widespread technology was the IBM Simon, released in 1994. This device was the first to combine crucial elements from the telephone and personal assistant device (PDA), known as a handheld PC. Simon came with an array of modern smartphone features, including email, calendar, address book, clock, notepad, and calculator.

Just two years later, Nokia jumped into the smartphone market with the Nokia 9000 Communicator, the first smartphone to look and feel like its modern descendants. The Nokia 9000 was the first consumer phone to come with a graphic internet browser. It also had a clamshell design and a complete QWERTY keyboard.

Blackberry added to Nokia’s success in the following decade, releasing several ultra-popular smartphones that allowed the company to dominate the early smartphone market. It rapidly became the most popular phone used in corporate America.

However, despite the wide range of features found on these early smartphones, the technology would not take off until a full decade later. Apple Computer’s first smartphone, the iPhone, was released in 2007. The phone’s touchscreen was operated by fingers, as opposed to a stylus, making it more practical to use andextremely popular with consumers.

Apple’s iPhone set the standard for the modern smartphone. All future iterations of the technology closely resemble the initial iPhone in design and performance. Google’s Android is a top competitor to the iPhone, offering a similar experience with a more open mobile app ecosystem.

Today, an estimated 81% of Americans own a smartphone —with the number rising dramatically every year. In North America, iPhone users outnumber Android users 52% to 47%. However, Android dominates the worldwide smartphone market, with over 74% of global smartphone owners using the Android operating system.

How Smartphones Have Impacted Daily Lives

One of the biggest ways that smartphones impact daily lives is mobile transportation. Google Maps was the first application to change the way people traveled. Before Google Maps was released, people had to print out directions to their destination before they left the house. A single wrong or missed turn could cause excessive delays.

Google Maps completely changed this dynamic. Now,users can input a new destination on-the-go. The application automatically finds the most efficient route and guides the user to their destination, rerouting them if an accident occurs or the consumer misses a turn.

It also allows users to seamlessly navigate public transportation, something which used to be a huge obstacle for new residents.

Smartphones also enabled the creation of ridesharing apps. Popular mobile applications like Uberand Lyft provide a platform that connects passengers with vehicle-for-hire drivers. This transformed the traditional taxi market, which was heavily regulated and often limited the number of allowed cars on the street.

These benefits are a major reason why ride-sharing services are generating an estimated $183 billion in global revenue in 2019.

Today, users can easily take an Uber or Lyft downtown to a baseball game, concert, or restaurant. These apps have provided consumers with the freedom to travel without worrying about their cars, metered parking, or driving while intoxicated. They’ve also helped revitalize urban downtown areas by providing a safeand reliable form of transportation.

Smartphones have radically transformed the way people consume entertainment. The release of 4G mobile technology in 2010 dramatically expanded the amount of data that smartphones could download. For the first time, users were able to download enough data to stream full television shows and movies.

Research found that global cell phone users, and Americans in particular, are using mobile devices at an increasing rate. The amount of daily time spent on smartphones will surpass the amount of time spent watching television in 2019.

In addition, an estimated 49% of smartphone owners report streaming a show or movie on their device in the past month.

The mobile gaming industry has grown by leaps and bounds as well. The global games market is currently worth an estimated $134 billion in 2018, with mobile games making up 46% of that revenue.Experts predict that mobile gaming revenue will reach $91.2 billion by 2021.

Research has also found that an estimated 2.4 billion people play mobile applications every year, with the average gamer spending more than 7 hours a week on the technology. In total, mobile gaming accounts for more than 75% of all mobile app revenue.

The spread of smartphones over the past decade also coincided with the rise of social media. While the invention of these two technologies coincidentally occurred at similar times, their growth is inextricably tied together.

There are currently 2.71 billion smartphone users and 2.77 billion social media consumers. These numbers align so closely because access to a smartphone is much more common across the world than access to a desktop or laptop computer. That’s one reason why an estimated 67% of social media users access their platform using a mobile device.

The rising penetration of social media is having major consequences for individuals and the world at large. The technology has broken down geographic barriers and now enables people located anywhere in the world to speak with one another.

Families now share important life events on Facebook and stay in touch with loved ones using the platform. Old classmates can reconnect using social media and professionals use business-oriented networks like LinkedIn to expand their network and find new opportunities.

Social media is also a major driver of geopolitical events. The Arab Spring, a pro-democratic movement that began in 2010, was largely driven by young smartphone users in the Middle East. They used social media to express their outrage at government policies and to mobilize large-scale public protest.

Experts believe that social media will continue to impact the way that citizens interact with their governments and the world around them.

Smartphones have changed the world—and their impact is expected to continue to grow. These devices rapidly went from novel business tools to must-have consumer items in fewer than two decades.

They’ve also impacted daily lives. Smartphones changed the way that people communicate with their loved ones, how they consume media, and helped social media grow into an omnipresent technology.