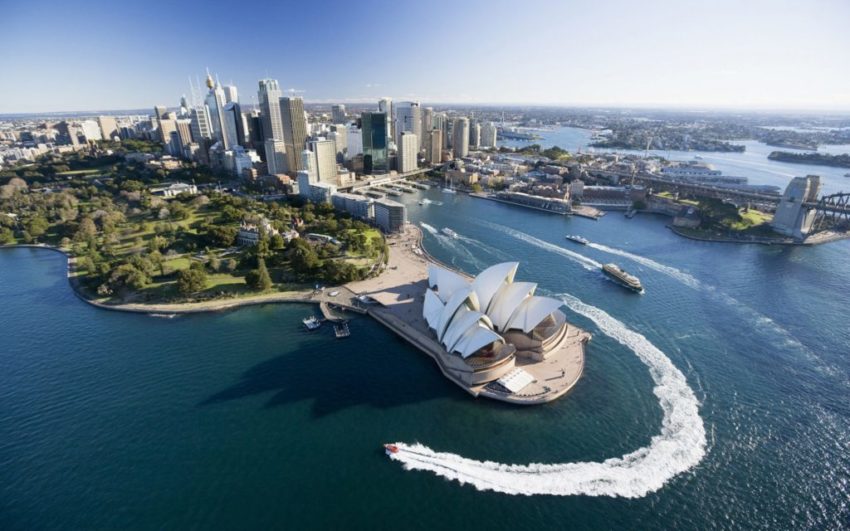 If you’re considering retiring abroad, why not go down under?

Australia is already home to around 1.5 million Brits. Despite being very far away from anywhere else, it is a very attractive destination.

It is highly developed, multicultural, and with an outstanding quality of life. Its economy, stable political situation, and comprehensive health care are all testaments to its reputation of being a great place to live.

Britain and Australia have always nurtured a special relationship, yet it isn’t the first to come to mind as a retirement option. Sunny European countries near the island are the logical choice, but this lovely country has a special charm that some retired couples might find appealing. It is inexpensive, has great healthcare, it’s always sunny, and you can have fun while playing online pokies in Australia.

How Expensive Is to Retire in Australia?

Australia’s housing prices have risen substantially in the 2000s, but they’ve been falling since the 2008 crisis. In the last 3 years, housing and living costs have dropped in the major cities, not to mention the outskirts.

Mornington and Port Julia are on the outskirts of Melbourne, Murray Bridge is just off Adelaide, Batemans Bay is just a way off Canberra and Picton, Leppington and Windsor are all near Sydney. With a standard British retirement, a couple could easily purchase a big house for a very affordable rate there. In fact, everything costs less in a small town.

Your decisions certainly depend on whether you plan to rent or buy, whether you’re going alone or as a couple, and how much you’ve got in your pension kitty.

But certainly, if you can afford to retire in Britain, you’ll also be able to do so in Australia. There are other things you can save on once you get there. Just make sure you’ve got what you need to take the leap.

The point we’re belaboring is that small towns are the way to go. With cheaper housing options, yet proximity to big cities, they are arguably the best choice for a retired British couple.

For example, Port Julia even won the Best Small Town Award in 2017, and you can get a spacious, lovely house there for 150,000 AUD. In comparison, you’d need more than double for a similar house in a large city.

You can get around for 200 to 250 AUD a month in Australia, even for less if you are living on the outskirts of cities. And an occasional weekend concert or museum visit won’t set you back very much.

The Average Cost of Monthly Utilities

The average Australian household spends around 200 AUD per month. A retired couple in a smaller town could expect to pay much less, from 100 to 150 AUD on a monthly basis.

Australia is a pescatarian’s dream, because the fish is fresh and affordable in the coastline cities and towns, and most are on the coastline. There are also locally produced sheep and cattle, so milk products are also readily available and budget-friendly.

Just remember to buy local because imported goods run a bit on the expensive side. If the average Australian family spends 800 AUD a month on groceries and eating out, then a retired couple shouldn’t need more than 600 AUD, in a smaller town.

Australia has subsidized health services, and this is especially appealing to those older in age who might need some extra care later on. The healthcare insurance is very affordable and will only set you back from around 75 AUD to about 100 AUD per month.

The fact that you’d be living in a small town means you’ll have the peace and quiet you deserve, as well as fresh air and plenty of sunshine. You can garden, visit flea markets or visit the nearby wildlife parks with all the kangaroos, wallabies and platypi.

However, retirement also means getting to do what you’ve always wanted on your own schedule. To this end, remember that you can always jump on any well-organized transport to a neighboring big city and enjoy the offerings. Go to the Sydney Opera, or just on a city tour. The possibilities are endless. It only depends on which city you’ve chosen to move next to.

Australia has many distinguishing features and entertainment options, so make sure to pick the right one for you.

What Will You Need to Make the Move?

Do make an informed decision because moving is quite expensive. But the quality of life you’re getting after is what makes it worth it.

One of the partners will need to be over the age of 55, and you will need to have 750,000 AUD of combined assets in order to get your retirement visa in Australia.

Receiving Your Pension in Australia

You can access your U.K. state pension in Australia in several ways, and we’ve selected two. First of all, you can transfer it to the Australian Self Managed Super Fund (SMFS), or you can transfer it to the Superannuation scheme of New Zealand. The latter option is preferable, as the Superannuation scheme is registered in Australia, but you needn’t pay income tax for it.

If you’re an adventurer at heart and wouldn’t mind moving to a smaller town in Australia, then it may be the solution for you. The sun, the sand, and the feeling of adventure at the edge of the world, nothing else could spice retirement more than a European country ever could.