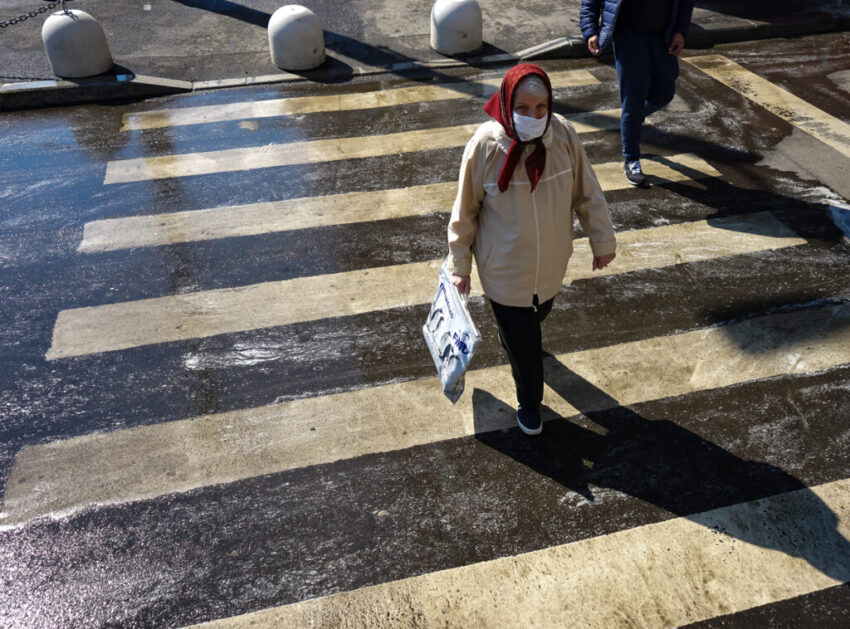 It’s understandably been difficult for global policymakers, businesses, and average citizens to focus on long-term challenges in the face of a public health crisis on the scale of the Covid-19 pandemic.

And yet, long after SARS-CoV-2 fades, our existing social and environmental challenges are likely to demonstrate its impact for decades to come. This is the key takeaway from a new study helmed by the Pew Charitable Trusts and UK-based SYSTEMIQ, which found an ongoing spike in plastic pollution could become one of the most enduring repercussions of this short-term crisis.

That study, whose authors include experts from universities including Oxford, Imperial College London, Leeds, and Plymouth, paints a horrifying picture of how much plastic we will soon be dumping into the environment. According to the study, over the next twenty years, the quantity of plastic trash that will end up in the world’s oceans will nearly triple without broad-based intervention and systemic changes, with 1.3 billion tonnes of plastic destroying ecosystems, harming wildlife, and ultimately impacting humans.

The pandemic has kicked this trend into overdrive. According to the University College London (UCL), if every person in Britain used a single-use plastic facemask every day for one year, the UK alone would generate an additional 66,000 tonnes of contaminated waste. The personal protective equipment (PPE) which protects caregivers is overwhelmingly produced from plastic, while fears of the virus are turning both businesses and consumers away from eco-friendly alternatives. Where once the foodservice industry promoted sustainable packaging initiatives, coffee chains are now refusing to accept reusable cups and restaurants are reverting en masse to single-use packaging.

While this context makes the Pew-SYSTEMIQ findings all the more alarming, the research is not meant to be defeatist. Instead, the study illustrates the extent to which global societies and economies need to systematically change their behaviour to stem this unsustainable surge in plastic. That change will need to come from all corners, including from governments, individual consumers, and the companies which put these plastics out into the market in the first place.

To eliminate the guesswork, the researchers themselves devised a comprehensive roadmap to reduce plastic waste generation, bringing together advanced methods of recycling with biodegradable substitutes and strategies for reuse. The study highlights the importance of engaging with low- and middle-income countries, where two billion people currently lack access to adequate waste collection services but where 11 million “waste pickers” endure harsh working conditions to help keep an immense amount of plastic out of landfills and, ultimately, the oceans. They also stress the need for corporate engagement, with the private sector needing to commit to “improved product design, alternative material development and new business models” to achieve anything approaching a best-case scenario.

Fortunately, some companies began taking action on plastic pollution well before the pandemic. Last December, for example, BP joined forces with global food and drink leaders including Danone, Britvic, and Unilever and recycling firms such as ALPLA and REMONDIS to create a cross-industry consortium focused on leveraging enhanced recycling technologies. Paris-based Danone has in fact emerged as an engaged corporate stakeholder on many of the key points addressed in the Pew-SYSTEMIQ study. In addition to its commitment to make every piece of packaging used by the company “reusable, recyclable, or compostable” by 2025, the Danone Ecosystem Fund is actively working with local communities in Asia, Africa, and Latin America to support and empower waste pickers, investing in projects which provide them with safe working conditions, stable wages, and social protections.

Not all companies, however, have demonstrated the same level of proactivity. In its “Waste & Opportunity 2020” report released early last month, the advocacy organisation As You Sow took a close look at the actions taken on plastic pollution by 50 of the largest consumer-facing American corporations, including food and beverage companies and leaders in the retail sector. Unfortunately, it found nearly all of them wanting. Of the 50, only one – Unilever – achieved a “B-“ grade; the group praised Unilever for its commitment to the use of 25% recycled plastic by 2025 and an industry-first 100,000-tonne cut in plastic packaging.

12 others – including Coca-Cola, McDonalds, Nestlé, and Starbucks – were graded somewhere in the “C” range, while companies earning a failing “F” include some of America’s most recognizable brands, including Hershey’s, Smithfield, Tyson, and even organics-friendly Whole Foods. As You Sow’s recommendations for these firms closely resemble the roadmap laid out by the Pew-SYSTEMIQ team, including packaging redesigns that focus on reuse, refills, and recyclability, supply chains that minimize waste, greater use of recycled content in packaging, and massively expanded investment in recycling infrastructure.

As You Sow found that despite being the world’s wealthiest country, the United States’ recycling system receives only 7% of the funding it needs and captures only 32% of recyclable materials from U.S. homes; these statistics offer yet another humbling reminder of the extent to which many pressing global challenges impact rich and poor countries alike.

As activists and scientists sound the alarm on the plastic waste crisis, more companies will come under pressure to follow the examples set by Danone and Unilever and make firm commitments to changing how they package their products – and how they engage with the communities who consume and ultimately dispose of them.