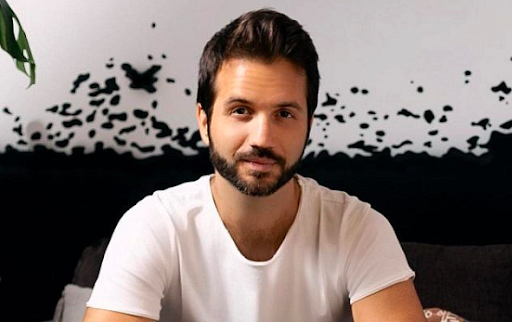 In his early twenties, Yoav Vilner ran a business that became the biggest company to provide growth marketing operations for tech companies in Israel, Manhattan, and London, gaining 600 clients and expanding to dozens of employees worldwide.

After seven years as CEO, he became the founding CMO at a successful anti-bullying SaaS startup.

Since 2015, he has served as an advisor and mentor to hundreds of startups. Yoav Vilner was named by Forbes as “Tech Marketer to Watch” in 2017, and he has been mentoring startups in accelerators associated with Yahoo, Google, Amazon, Microsoft, and the United Nations (U.N.).

Currently, he’s the CEO of trending startup Walnut, which you may have heard of, as it has been praised in the media under “Top 3 Startups to Watch in 2022”, “Europe’s best startups”, “Product Hunt’s product of the week”, “Top 50 startups to work for” and more.

He has also written guest columns for CNBC, Forbes, The Huffington Post, Entrepreneur, Inc, Adweek, and The Next Web.

1. What inspired you to create Walnut? Why choose the name “Walnut?”

The name Walnut stands for the fact that showcasing your product in a demo is the toughest nut to crack!

I created the company after running a 600-client marketing company nearly a decade ago, in which I noticed that most tech companies spend millions of dollars on getting a prospect simply to check out their product – and most often something would fail there.

My CTO, Danni, was on both the startup side and the enterprise side, where he saw first-hand the problem of demos breaking. We knew right then and there that it was time for a revolution.

2. As a CEO, what was the most important lesson you learned from starting Walnut?

Things can happen quickly, so be ready! I knew that we were going to solve a major pain point with this platform, but I had no idea it would escalate this quickly. We are only 1.5 years into this business, and we’ve already paved the way for a whole new landscape in tech, built a new category and have received recognition from every major outlet.

3. Why do you believe that product demos are the next big thing in B2B sales?

I believe that in a few years, people will make fun of the way you used to showcase your product. B2C sales have upgraded massively in recent years, to the point where everything can be personalized and automated, and you don’t have to actually speak to a sales rep. B2B sales got left behind when this happened, but is now catching up.

4. How is Walnut a game-changer for B2B companies looking to master their sales experience through interactive demos?

Walnut’s platform is the first one to allow tech companies to easily create, customize, and analyze their entire sales process, with an emphasis on product demos.

Using a seamless screen capturing mechanism, a 100% codeless editor (imagine Wix’s website editor) for your SaaS product and our holistic team collaboration functions, sales teams can finally sell better. This also sets the stage for product-led growth, as you can embed the Walnut demo into your digital assets.

5. Shortly after your recent 35 million Series B funding round, you announced a new version of your platform, Walnut for teams. Tell us a bit about this, and the changes you’ve made?

Walnut for teams is something that the market was craving.

Over 100+ tech companies have adopted Walnut as an integral part of their sales funnel, and we understood that the time has come that they do better as a whole team: collaborate together, edit together, automatically create demos together and analyze together.

6. What has been Walnut’s biggest success since launching?

It’s hard to pick one success, but I would feel comfortable saying that we have one of the strongest teams I have ever seen in an early startup, and that’s something I’m very proud of.

Other successes would be that we have been praised in various publications and media outlets, raised both our Seed A and B funding rounds within our first year, and were even mentioned in Gartner’s blog several times.

7. What advice can you give to companies struggling to provide positive sales experiences to their customers?

Make everything personal and reliable! Boring, generic SaaS products that are bound to break during a live demo will provide a horrible experience. Instead, create a personalized, quick, and seamless process that your specific prospects will enjoy.

Too many things to count. Let’s set another interview for next year and see!