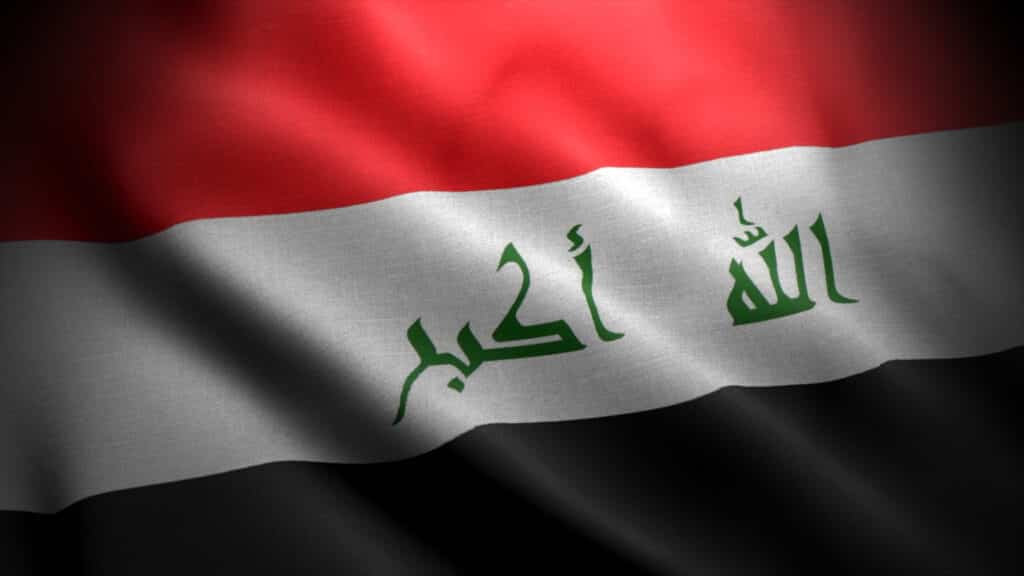 Earlier this month, Eid prayers returned to Mosul’s oldest mosque for the first time since the Islamic State was driven out of the area in 2017.

The occasion, however, was somewhat tarnished by the dilapidated state of the historic and cultural landmark—a poignant reminder that reconstruction is progressing at a snail’s pace in Iraq.

The destruction stems from years of fighting ISIS, which compounded damage incurred in the protracted war to topple former dictator Saddam Hussein. Despite the fact that the UK donated £33 million in 2019 to aid devastated towns like Mosul rebuild, a disappointingly low proportion of the more than 56,000 properties affected by the conflict have been rebuilt to date. That’s largely due to endemic corruption in the country, which has seen billions of dollars trickle away into the pockets of officials, politicians and militiamen. Until the foundations upon which Iraq’s political, judicial and societal systems are forged are purged of graft, the country will never be able to rebuild after the horrors and hardships of its past.

In almost four years of ferocious fighting, the US carried out over 9,000 airstrikes and dropped more than 65,000 bombs on Iraq. Nowhere was more badly affected than the northern city of Mosul, which experienced $11 billion worth of damage, including the destruction of up to 75% of its public buildings. By September 2018, just 17% of the city had been rebuilt, with Planning Minister Salman al-Jumaili estimating the cost of the entire country’s recovery at $88.2 billion in February of that year.

Overseas powers had been initially reluctant to extend their support, however, given that memories of the mismanagement of the 2003 Iraq Relief and Reconstruction Fund (IRRF) were still fresh in international memories at the time. The $21-billion IRRF was the largest US foreign aid project since the Marshall Plan, but its effectiveness was hampered by Iraq’s continued violence and corruption; a 2007 audit found that graft on the ground and poor oversight from overseas were to blame for the issues.

Unfortunately, the UK is not innocent in these developments, either. In fact, British individuals and companies have been involved in corrupt activities during the reconstruction process in Iraq since the early- and mid-2000s. The most prominent example of such wrongdoing is the Unaoil case, which saw two British executives of the company convicted of paying $17 million in bribes to secure a $1.7 billion pipeline construction deal, while a third was found guilty earlier this year. Meanwhile, in January, a US court sentenced another UK national for his role in another oil bribery scheme in 2013.

These cases are significant because they’ve been pivotal in fueling the shadow economy that has hindered Iraq’s economic recovery while inflating the bank balances of so-called “official moguls”. According to one official report, these powerful elites and their allies take advantage of “weak institutions, little political competition, and expanding economic opportunities” to line their pockets at the public’s expense.

This rigged system has been in place for decades, with no discernible dividing line between politics and commerce in Iraq. Those elected to office expect to accumulate disproportionate amounts of wealth—the 400 members of the Iraqi Parliament burn through some $2 billion on wages and expenses on an annual basis. Unsurprisingly, the inexorable reach of such malpractice has permeated every level of society. In Baghdad, for example, one in three people say they have firsthand experience of bribery.

Dishearteningly, this state of affairs appears to be tolerated by the international community. It’s telling that not a single public servant was indicted for plundering state coffers between 2004 and 2019, despite the widespread and well-known prevalence of corruption in the country. Meanwhile, Iraq’s Communications and Media Commission (CMC) has been the subject of complaints on no fewer than four occasions over alleged corrupt practices, but the International Center for Settlement of Investment Disputes (ICSID) – a branch of the World Bank – has not taken action over any of them.

The most recent of those cases involved Iraqi telecommunications provider Korek, into which Kuwaiti logistics firm Agility and French telco Orange invested over $800 million. The investment turned into a cautionary tale, with both Orange and Agility launching arbitration procedures against Iraq for allegedly illegally appropriating their investment. Despite ample evidence supporting their case (and pointing to corruption on the part of the CMC), Agility had their claims dismissed by an ICSID board chaired by Cavinder Bull and comprised of members John Beechey and Sean Murphy. In response, the Kuwaiti company called the verdict “fundamentally flawed” and highlighted how it effectively sanctioned the corrupt behavior of Iraq’s political and business elites, sending a clear warning to overseas investors.

A country in ruins

The development does not bode well for Iraq’s stalled-out economic recovery. After ISIS forces were finally expelled from Iraq in 2017, former Prime Minister Haider al-Abadi declared that the next war would be waged on corruption. Over 40 months on from those bold words, it appears that little to no ground has been gained against that pervasive plague which is arresting Iraq’s progress. Unless the government is capable of reforming the way in which the country works from top to bottom, there appears little chance that it can begin to truly rebuild, both in literal and in metaphorical terms. To do so, it’s imperative that the international community play their part in smashing down the stagnant status quo and supporting a new Iraqi society built upon the principles of stabilization, governance and reconciliation. Baghdad’s only hope for a better tomorrow depends upon it.