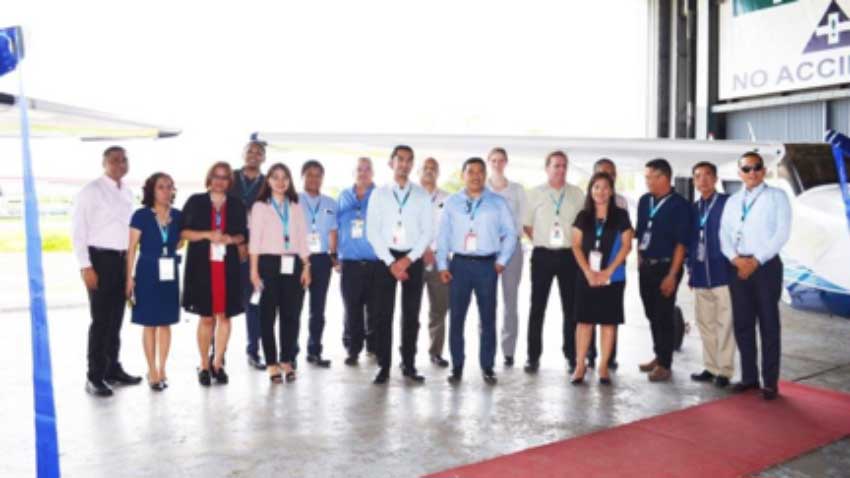 Although it’s only one sector in the portfolio of the private equity firm C&C Alpha Group, aviation is the one that might be closest to the company’s founder and executive director Bhanu Choudhrie’s heart.

It’s long been one of the core industries on which he’s focused and his 2003 investment in the then one-plane Air Deccan was one of his first “hits” as a venture capitalist. Within a few years, the fledgling airline was providing over 200 daily flights and playing a key role in popularizing air travel in India. Acquired by Kingfisher in 2007, Forbes reported the price tag was $135.57 million.

This was about the same time C&C formed the Alpha Aviation Group with Prescient Systems & Technologies, a subsidiary of Singapore Technology. It’s just one part of the diverse operation that is C&C Alpha Group, which is headquartered in London and has a strong presence in the Middle East and Asia. It includes holdings in everything from agriculture, healthcare, real estate, and even some investments in Bollywood.

But while running Air Deccan, Choudhrie realized that rigorous, professional pilot training was in short supply in Asia. The Alpha Aviation Academy, a subsidiary of the Alpha Aviation Group, was developed and has become — over its decade of existence — a leader in altering that situation.

Today it’s one of the world’s leading training platforms for airline pilots, with over $20 million in annual revenue. Clients include Air Arabia, Cebu Pacific, Jet Airways, Philippine Airlines, and VietJet Air. It provides everything from breaking in novice pilots to providing vital ongoing training to professionals.

And the primary way pilots are prepared for such scenarios are with the kind of training that Alpha Aviation Academy provides. This is especially true with regards to flight simulators — which are a major capital investment — and represent one of the crucial services Alpha delivers to hundreds of commercial pilots annually.

“We should all want pilots to experience these challenging situations for the first time in a simulator, not in flight with passengers and crew on board,” said Chesley Sullenberger in recent Congressional testimony in the United States. “Pilots must develop the muscle memory to be able to quickly and effectively respond to a sudden emergency.”

Sullenberger — popularly known as “Sully” — is the pilot who made an emergency landing of an Airbus A320 in the Hudson River shortly after takeoff from New York’s LaGuardia Airport in 2009 (the basis for the Clint Eastwood film Sully starring Tom Hanks). The engines had been damaged when the plane ran into a flock of geese.

It is obviously of paramount importance that pilots be trained for safety purposes. But the lack of a sufficient pool of trained pilots can be also a drag on the airline industry, representing a major choke point for efficient operations and continued growth.

With the Asian market continuing to expand rapidly, the need for pilots — by some estimates, as many as half-a-million new pilots will be needed worldwide by 2034 — the growth curve for high-quality training facilities is obvious.

Having run an airline during a period of rapid expansion, Bhanu Choudhrie is well-positioned to understand the strain airlines are under. He has devised a way to help them meet one of their primary challenges — ensuring they have enough competent pilots to fly their planes.

“We take pilots from zero to hero,” Choudhrie told ArabianBusiness.com in a March 2019, interview. “The industry is growing and airlines are starting up across Asia and the Far East. It’s one of the businesses that we are holding onto as we see so much growth.”

Celebrating the tenth anniversary of its flagship United Arab Emirates campus — located at Sharjah International Airport — this year, Alpha Aviation Academy has established a track record that positions it well for continued growth. This has developed from Choudhrie’s earlier realization that building a pilot-training business enjoying symbiotic relationships with growing airlines would fill a new market niche.

The aviation school has trained over 330 pilots hailing from 67 countries and currently enrolls over 100. The Academy has developed a comprehensive training regimen — the Multi-Crew Pilot Licence (MPL) Training Programme — that can take a beginning pilot and ready them for a professional career. In addition, over 600 of its graduates have moved into the profession as Airbus A320 second officers.

The MPL is a major investment, with the entire course taking up to 22 months to finish.

Alpha Aviation also has a major facility in the Philippines with four simulators that cover the principle airliners. It has over 500 individuals in their training program. The possibility of expanding into Europe is currently being explored.

“A number of pilots are going to be needed to fill these seats. Especially the right seat of the passenger airliners [the first officer, second in command],” Choudhrie explained on CNBC’s Squawkbox in 2017. “That’s where we come in. We set up our facility in the Philippines in 2006 at Clark Airbase and we have been growing. We have graduated over 800 pilots in the last eleven years and we will continue that trend going forward.”

Part of Alpha’s business model is providing airlines with a trusted partner that can specialize in the vital task of pilot training. As Choudhrie described in a Medium.com post, his company is “offering an all-encompassing experience including end-to-end pilot training solutions where airlines can outsource the entirety of their training requirements.”

This is a new approach in the industry, which has generally depended on pilots coming out of the military — having gained training at taxpayer expense — to fill out its roster of pilots. But with the level of growth currently being experienced that model needs to be supplemented.

“We pioneered a very unique model called the Multi-Crew Pilot Licence (MPL) Training Programme and that allows for pilots to be trained in a much shorter period amount of time, doing more hours on the simulator than actual flying hours,” Choudhrie explained to the host of Squawkbox. “And that brings in the opportunity for airlines to plan ‘just in time’ as they need pilots and that’s where Alpha Aviation in the Philippines and the center in the UAE has also been filling the gap.”

One aspect of filling that gap is thinking outside the box that was inherited from the military-to-airline pipeline. This has involved recruiting potential pilots from non-traditional sources, including the female half of the human population. Currently making up only 3 percent of commercial pilots in the world, the UAE Alpha Aviation Academy is recruiting an increasing number of women. It currently has over 20 in training (while having graduated only about 30 in its first decade).

“We are trying to push up to 20 percent of pilots being women on our courses,” Choudhrie explained in an interview. “We want to push this and encourage the airlines to recruit more women.”

As Choudhrie put it while speaking at the anniversary celebration for Alpha’s Sharjah aviation school, which was reported by the Arabian Aerospace Online New Service, “Not only is every single one of our cadets and graduates a source of great pride, but so too our ground-breaking work in promoting tolerance and diversity.”