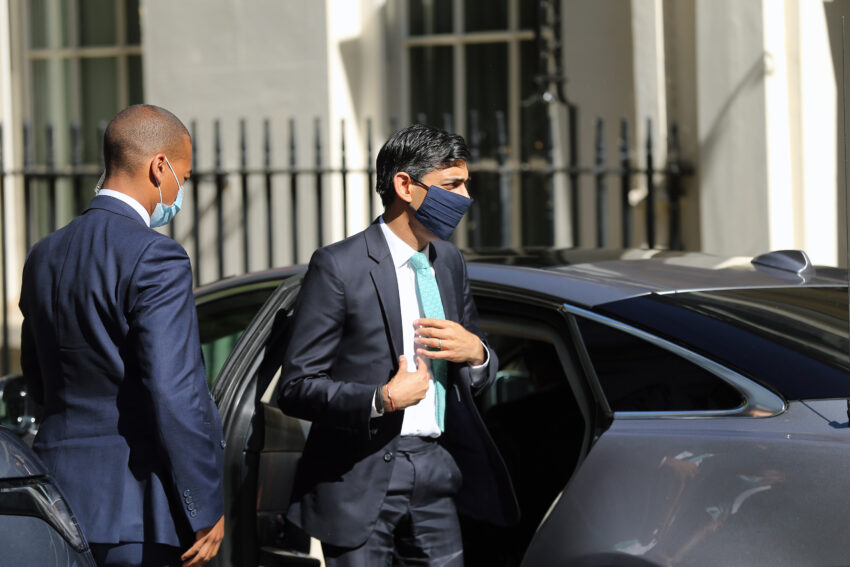 Rishi Sunak will today unveil a £500million funding package to help get furloughed workers back into jobs.

During the pandemic, the £70billion furlough scheme is credited with saving millions of jobs.

But around one million workers were still on the programme when it finally closed last week, sparking fears of a surge in unemployment.

In his keynote speech to the Conservative Party conference today, the Chancellor will announce funding to ‘prioritise’ job support for workers coming off furlough.

The £500million extension to the Government’s plan for jobs will also provide tailored packages for others hit by the pandemic, including the young and workers aged over 50.

Last night Mr Sunak declared he is ‘ready to double-down’ on his promise to ‘do whatever it takes’ to recover from Covid-19.

He said the furlough scheme protected 11million jobs and the UK is ‘experiencing one of the strongest and fastest recoveries of any major economy in the world’.

He added: ‘But the job is not done yet and I want to make sure our economy is fit for the future, and that means providing the support and skills people need to get into work and get on in life.’

The Chancellor will also use today’s speech to set out his vision of shaping the economy around ‘the forces of science, technology and imagination’.

He will pledge to ‘make the United Kingdom the most exciting place on the planet’ through enhanced infrastructure, improved skills and scientific investment.

Today’s jobs package will see those coming off furlough prioritised for jobs support during the next three months.

Measures will include mock interviews and help with writing CVs and applying for jobs.

Under the measures, the Kickstart scheme helping young people on universal credit will be extended to next March.

In its first five months, the scheme has found work placements for 76,900 young people.

The £3,000 incentive for new apprentices will also be extended until the end of January.

Treasury sources said the over-50s have seen the second largest fall in employment during the pandemic and are ‘much less likely’ to return to the workplace than younger colleagues.

They will also be offered tailored support to find a new job.

The Treasury said more than £500million of new funding will be used for the package, coming from the education plus the work and pensions departments.

Last night the Confederation of British Industry welcomed the package. Chief policy director Matthew Fell said: ‘Businesses are committed to playing their full part in training and re-skilling the workforce of tomorrow as we move towards a new economy.’

The announcement of the investment comes after the Chancellor pushed ahead with the end of furlough and the cut to universal credit.

A £20-a-week increase in the benefit introduced during the Covid crisis is due to finish on Wednesday.

Since the start of the pandemic, furlough has helped pay the wages of 11.6million workers at a cost of almost £70billion.

‘With record vacancies and widespread labour shortages, this package’s success will be measured by its ability to get people back into work.’

Labour’s work and pensions spokesman Jonathan Reynolds said last night: ‘The Government’s struggling Plan for Jobs has failed to hit its original targets; it is not creating the number of jobs needed and has failed to address the supply chain crisis Britain is experiencing.

‘Giving himself an extended deadline will do nothing to compensate for the Chancellor’s tax rises, cost of living crisis and cuts to universal credit which are set to hammer millions of working families.

‘Labour would create new jobs with our plan to buy, make and sell more in Britain to get our economy firing on all cylinders.’