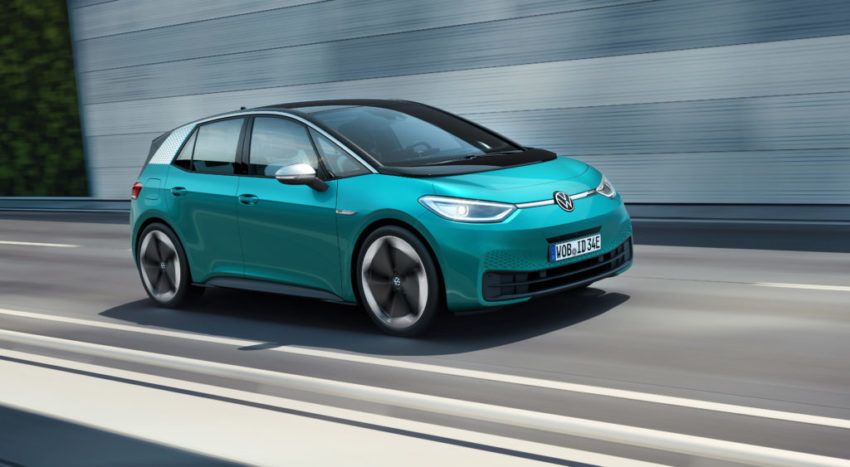 In the beginning it was the Beetle, or the Type 1 as it was originally known, that was envisaged by the Fuhrer as the people’s car, or volkswagen.

Four decades on from the Second World War, it was the vehicle that most defined the carmaker that became Volkswagen. That was until designers at the German company in the 1970s came up with the Golf, which has dominated VW production for 40 years, as well as global retail trends, prompting a host of rival models.

Now, a little over 80 years from its creation, Volkswagen has unveiled the opening of what it calls its “third chapter”, a new people’s car, the ID.3, for the electric revolution.

The ID.3 is VW’s first purpose-built all-electric car. The company previously has electrified conventionally made vehicles, but this is the first of a new generation where the engineers and designers have had a clean drawing board from which to create a battery electric, zero-emission car from the ground up.

After months of teasers, the new car was unveiled at the Frankfurt Motor Show yesterday. VW presented it as the output of a reborn company. Critics wondered, though, whether the carmaker would have got on this road to Damascus so quickly if it had not become an international industrial pariah for being the first company to be caught, in the United States, cheating diesel emission regulators.

Klaus Bischoff, VW’s chief designer, could not have been clearer: “It’s very important that Volkswagen should be perceived as a new brand with different values. This is a new orientation of the Volkswagen group,” he said.

VW’s industrial muscle — it is Europe’s largest carmaker — will ensure that the ID.3 is on the shopping shortlist of any motorists wanting to convert to electric. At under £25,000 after government handouts, it will compete with similar-sized electric vehicles such as the BMW i3, the Nissan Leaf and the new Mini Electric and positions it substantially cheaper than Tesla’s most accessible, most affordable Model 3, which retails post-subsidy at nearer £40,000.

Yet the Frankfurt show showed the class of the opposition coming to the market. Apart from the Mini Electric going into production in November, there was the Corsa-e, the electric version of the Vauxhall Corsa, one of Britain’s top three sellers over the past decade and, because of motoring school preferences, the car in which many younger Britons learnt to drive.

It, too, will be in the sub-£25,000 bracket and received the endorsement of the biggest celebrity at the Frankfurt show, Jürgen Klopp, the Liverpool football manager, who removed the dustsheets. An all-electric Honda has also long been in the headlights after the Japanese carmaker’s avowed plan to go zero-emission, a decision that it says was the reason to cull its Swindon car plant, with the loss of thousands of British jobs, and to concentrate on electric vehicles at plants in Japan. The Honda E may be less stylish than its new rivals, but it is also cheaper.

At the other end of the electric market, Frankfurt launched what many thought might be a contradiction in terms: an electric Porsche. Starting at more than £100,000, it is more expensive even than Tesla’s most exclusive car, the now ageing Model S.