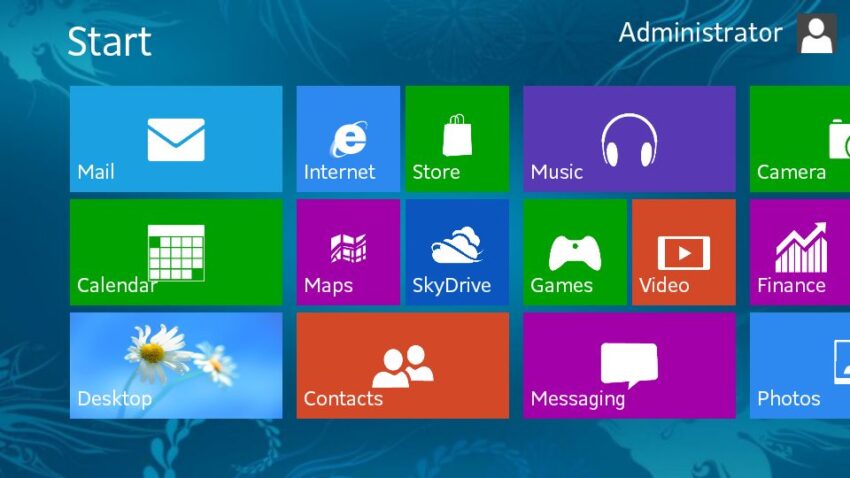 However, according to a report in December by NPD Group, consumer sales of Windows powered PCs in the United States has fallen by more than a fifth in the month since Windows 8 went on sale compared to the same month in the previous year.

Sales of Windows-based laptops were down 24 per cent, while desktop sales shed 9 per cent, resulting in an overall decline of 21 per cent. Since Windows 8 was released it has accounted for 58 per cent of Windows computing device unit sales compared to the 83 per cent that Windows 7 accounted for at the same point after its launch in 2009.

It is unclear how successful Windows 8 will be in the long term, but this is clearly a disappointing start. This made me wonder about the future take up for Windows 8. In today’s current climate, with such an emphasis on continual innovation, will organisations feel pressured by users to implement the supposed ‘next best thing’?

To be honest, I question whether Windows 8 will really add additional value worth the extra cost and time to move to a whole new operating platform. Recent figures show that Windows XP, a 10-year-old operating system, still commands a leading 45 per cent share of the operating system market. Of course over time it has lost market share to Windows 7, but XP still accounts for nearly 50 per cent of the market.

As Microsoft continues to encourage people towards Windows 8, organisations need to seriously think about what’s involved. There are a multitude of well documented failed Windows migration projects out there. Today’s IT environments are unbelievably complex and littered with hybrid technologies. This means that for many organisations the biggest barrier to migrating to a new operating system is application compatibility. Some organisations have literally thousands of applications in use across large numbers of desktops.
When tackling a project of this nature, organisations should not underestimate the size and complexity of the task and the impact that will be felt by the business during the migration. I’ve witnessed projects where the organisations involved have seriously underestimated their readiness to make the change, or even to fully understand the status of their desktop estate.

In these circumstances it’s highly unlikely that any project will deliver the outcomes and benefits that were enshrined in the business case. I’ve seen companies completely lose their way as their migration project becomes mired in desktop/application compatibility issues. It’s as good a way of creating disgruntled users as I can think of. As an aside, it can become a costly and draining business if there’s a third party service organisation involved and contractual responsibility for sorting out such a confused state is not clear.

The good news is that with proper foresight and planning this scenario can be avoided. Questions that should be considered include:

• How will the migration impact the business? What are the change implications of migrating to a new technology/platform and how will the business benefit?
• Has the organisation really thought through its internal processes, user demands and requirements?
• Is the business really capable of moving to the new platform, how much will it cost and how long will it take?
• Are the existing applications compatible with Windows 8, or will upgrades and licence changes be required?
• Does everything need to be migrated or can we take the opportunity to rationalise applications that aren’t being used?

Clearly there are major organisation, process and cultural changes needed in order to drive through a successful migration project. Successful projects require careful planning and management and constant communication to enable the end goal to be achieved. This means ensuring that both operational and business teams are fully engaged and applications teams are readying the most important applications. If you are working with a complex mix of thousands of users and applications, building and managing a realistic migration schedule needs to be the number one priority.

In summary, if you are embarking on a Windows 8 migration project, don’t underestimate the size and complexity of the task, make process considerations a top priority and ensure all resources are bought into the project and are operating in concert. Communication with all major stakeholders is also a key priority.

Otherwise it could be a very costly and painful process which in the end doesn’t deliver the productivity returns the business is anticipating and end-users simply won’t buy into the new operating system.