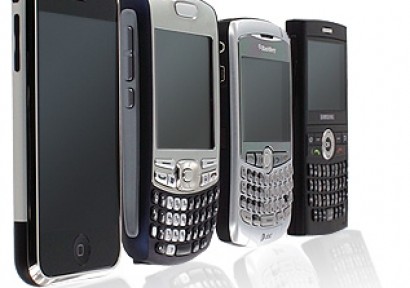 The Pre, which went on sale last on October 15th, is a make or break handset for Palm. The company enjoyed huge success in the late 1990s, with its PDA devices a must-have for businessmen and jet-setters. But as the focus switched to mobile phones, it was left trailing in the wake of the likes of Nokia and RIM, makers of the BlackBerry.

With the Pre, though, Palm is firmly back on form – the critically acclaimed device has enjoyed strong sales in the US, and is viewed by many industry experts as a potential “iPhone killer”. It’s certainly an excellent handset, although there are a few niggling issues which could put some people off.

Its biggest selling point is its operating system, webOS, which was built by Palm from the ground up specifically for this device. It aims to make it much easier for users to draw together social networking sites, disparate contacts, email accounts and other communication tools in to a single, unified platform. For instance, firing up the phone’s address book won’t just give you a friend’s phone number or email address – it will also give you their instant messaging handle, and tell you whether they’re online to chat through, say, Facebook or MSN. This technology, known as Palm Synergy, means you can keep a single “thread” of correspondence with contacts, even if some of that correspondence took place via email, text or instant messaging.

On the downside, the Qwerty slide-out keyboard is very difficult to use. The keys are tiny and set too close together, and the whole keypad sits too flush to the device. Palm was clearly aiming for a BlackBerry-style user experience, but it’s fallen short of the mark. It’s a real shame, because the touch-screen device boasts a delightful user interface, and a virtual, on-screen keyboard would almost certainly have been well executed. Likewise, the mobile app store is sparsely populated, with around 100 apps to choose from compared to the iPhone’s library of more than 85,000; Palm says it will grow in time, but users will need to be patient.

Why should you buy it?: Because the webOS operating system is a joy to use, and simplifies the increasingly complex tangle of social networks, online communications and myriad phone books. If you’re after a really good email device with a top-notch keyboard though, look us.

Research in Motion, the Canadian company behind the wildly popular BlackBerry range of mobile email devices, made a rare misstep with the first BlackBerry Storm. User’s just couldn’t get to grips with the SurePress touch-screen interface, which forced users to “click” the entire screen to confirm a touch input. Compared to the instantly intuitive Apple iPhone, the Storm fell at the first hurdle.

Things are looking up though with the Storm 2; it sports Wi-Fi, improved battery life, and a more sophisticated, easy-to-use interface. The “popple dome” of old has made way for an electronic pulse – it still feels as though you’re clicking the screen, but actually it’s an electromagnetic pulse giving the sensation of a tiny click.

As you would expect from a BlackBerry, it offers the sort of seamless push-email experience that all mobile workers crave. Although it relies on a virtual keyboard, the electromagnetic pulsing sensation does provide a more tactile and satisfying typing experience than other touch-screen devices.

The selection of BlackBerry apps remains limited, and the device is unlikely to appeal to consumers in quite the same way as the Curve and the Pearl, but for CrackBerry addicts who want the touch-screen experience, this could do the trick.

Why should you buy it?: The BlackBerry remains the best mobile email device on the market, and the Storm 2 looks to have satisfactorily married a touch-screen interface with that all-important productivity. It might be worth waiting a while before you buy this phone, though – let other people test out the new and improved SurePress technology before you lock yourself in to a lengthy phone contract.

Apple’s iPhone has proved to be a game changer. Since its launch in July 2007, the touch-screen device has forced other handsets makers to raise their game. It’s not just the simple, streamlined interface that’s proved a winner with consumers; it’s the draw of the well-stocked app store which has really helped the device climb to the top of the mobile phone tree.

The most recent handset, the 3GS, has addressed some of the major criticisms levelled against previous models. The camera has been improved and video-recording added, while the integrated compass allows for more precise navigation. Email synchronisation is very easy to set up and works really well, and the ability to almost infinitely customise the device by downloading and installing thousands of apps has allowed consumers to build a highly personalised user experience.

There are some drawbacks though: for some, the virtual keyboard remains impossible to use; and its inability to run multiple apps simultaneously is beginning to look slightly ludicrous given the fact that several other handsets in this category – notably HTC’s Android-based Hero – handle such multitasking with aplomb.

Nonetheless, the iPhone remains the device to beat, and is sure to top Christmas lists come December. Apple’s decision to end its exclusive contract with O2 and allow the device to be sold on other networks sets this scene for a potential price war.

Why should you buy it?: The iPhone is one of the most flexible devices on the market. The ability to download apps means you can transform it in to a portable games console, essential productivity tool, or creative computer-like tablet. Apple’s decision to regularly refresh and improve its operating system and enable extra functionality, means that you are, to all intents and purposes, getting a “new” phone every six months or so.