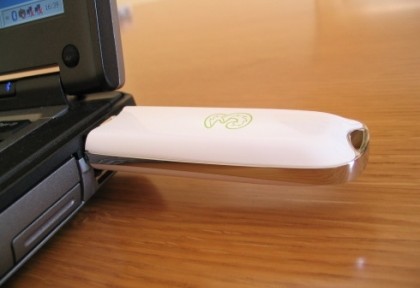 Renowned for their world famous regattas, Henley-on-Thames and Marlow
are the locations of some of the UK’s most sought-after property. They
are also home to a raft of wealthy residents – not least Robbie
Williams, Heston Blumenthal, whose Michelin-starred restaurant the Fat
Duck is in nearby Bray, and Liam Gallagher. Famous former inhabitants,
meanwhile, include Boris Johnson and George Harrison.

However, studies show that both areas feature some of the worst fixed
line broadband coverage in the country. According to research conducted
by Top 10 Broadband, broadband connections in Marlow typically come in
under 500Kb per second. This compares with the UK average of 3.6Mb.

As a result, although residents are likely to be among the
best-connected celebrities around with positively glittering contact
books, it’s likely that many will struggle to even send e-mails to
friends and family. Furthermore, they will also be experiencing website
loading times that would try the patience of even the longest
suffering, most saintly personal assistants of badly behaved stars.

A solution is at hand for the denizens of Marlow and Henley, however.
Inhabitants can still secure a connection at broadband speeds by opting
for mobile broadband.
Top 10 Broadband’s exclusive speed test software reveals that the
average connection speed for a Vodafone customer is 2.62Mb –
potentially connecting them to the internet at speeds of up to five
times they are experiencing.

Alex Buttle, marketing director of Top 10 Broadband, said: “If you
thought that poor broadband coverage was confined to windswept crofters
in remote villages in the Scottish Highlands, think again.

“Thanks to George Harrison’s band the Beatles, we’ve known for a long
time that money can’t buy you love. Our research shows it’s no
guarantee of a good service either.

“But with mobile broadband offering a readily available solution,
there’s no reason that those affected should miss out for a second
longer.”