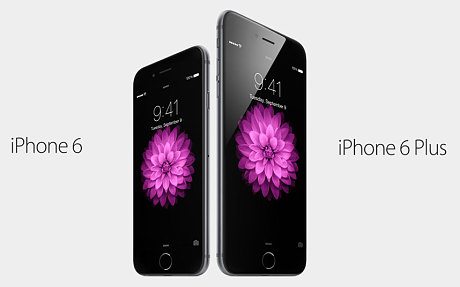 Its finally here, Apple has announced its latest addition to the iPhone family at a special event held in Cupertino, California, and it doesn’t disappoint. 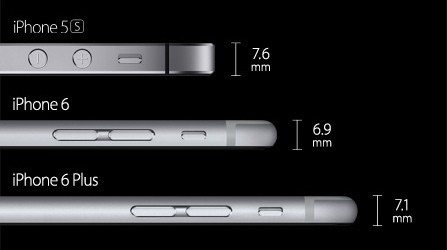 Though the new design may be a step away from its big brothers don’t panic, this new sleeker look is similar to its iPad counterparts, especially with the larger screen.

The great news is that this is all backed up with a huge amount of pixels. The iPhone 6 has a 1334×750 display, the 6 Plus 1920×1080 display. In real terms that means that your going to be looking at over 1 million pixels on the iPhone 6 and over 2 million for the 6 plus, Apple are calling it Retina HD, and claim that the battery life won’t be compromised and will match that of the last generation.

There’s no surprise in operating systems, earlier in the year it was announced that the new generation would be running on iOS8. For those sticking with the older generation of phone, you’ll also be able to update to the new operating system. around the same time as these go live.

The new iPhone 6 and 6 plus will have the same 8-megapixel camera however this time round we have some fancy sensors that promise to improve the auto focus and stabilisation of both photos and videos. Slo-mo have been improved too, I’m guessing because everyone loves slo-mo!

Finally just as you thought you’d gotten your Apple fix…. there’s the watch.

I’m a huge fan of wearable technology so it comes as no surprise that I love the Apple Watch. Coming in at around £217 this is wearable tech on steroids. As you would expect you need an iPhone for this to work, but maybe slightly unexpectedly it will work on the iPhone 5 and above. 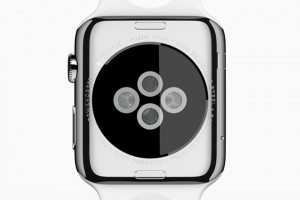 The Apple Watch features all your normal favourites and even has Siri built in. The back of the watch contains the LED’s that allow it to track your heart rate, a magnetic charging point, and vibration function to allow for notifications.

There are also several watch faces to choose from. You get sporty, chrono-style faces, retro digital readouts and anything a developer can imagine it seems.

With wearable tech and fitness trackers becoming more and more popular there are, of course some health-tracking features to help you make your fitness goals for steps, calories burned, and so on. The watch also works with Apple Pay, the company’s new mobile payments system.

“We’ve been working on Apple watch for a long time,” Cook says. “It covered every discipline at Apple.”

That being said, a huge emphasis is being placed on the apple developers to the point of success or failure. From creating fantastic displays and notifications to opening hotel rooms doors, driving your car from your watch and ultimately taking over the world it seems there is little that Apple Watch can’t do.

So what do you think? Will you be upgrading you phone and putting away your watch for the latest Apple technology? Let us know in the comments below or tweet me @r_mjones.